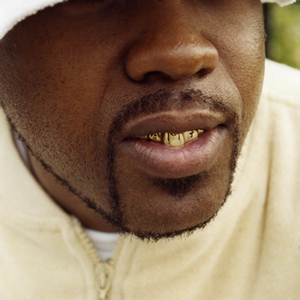 Hip Hop Producer: Mathematics, also known as Allah Mathematics, (born: Ronald M. Bean) is a hip hop producer and DJ for the Wu-Tang Clan. He is known for his distinctly traditional Wu-Tang sound (in contrast to main Clan producer RZA's constant experimentation and evolution). As well as producing many tracks for the Wu-Tang Clan and for its solo and affiliate projects, Math has released two solo albums.

Born and raised in Jamaica, Queens, New York City, Mathematics was introduced to hip hop by his brother who would bring home recordings of the genre's pioneers like Grandmaster Flash & The Furious Five, Treacherous Three, and Cold Crush Brothers. He began his career in 1987 DJing block parties and park jams in Baisley Projects, going by the name Supreme Cut Master. In 1988 he got his big break by becoming the full-time DJ for experienced rapper Victor C, doing countless shows in clubs and colleges throughout New York City.

1990 proved to be a major turning point in Mathematics' career as he linked up with GZA/Genius; he was soon to become one of the Wu-Tang Clan's founding members, but at the time GZA was struggling to build a career on the label Cold Chillin'. This partnership would earn Mathematics a spot on his first official tour, The Cold Chillin Blizzard Tour (which featured popular acts such as Biz Markie, Big Daddy Kane, Kool G Rap & DJ Polo, and Marley Marl, among others).

GZA left Cold Chillin after his debut album Words From the Genius did not achieve the sales target that was anticipated. He and Mathematics took to the road yet again, but this time with the help of GZA's cousins, RZA and Ol' Dirty Bastard. These three were soon to become the three founding members of Wu-Tang Clan, but were then known as All In Together Now. The group soon dissolved however and the trio set their minds on creating the Wu group. During the group's inception, Mathematics used his experience as a graffiti artist to design a logo for the up and coming crew, as well as various other logos and designs the Wu-Tang's artists would use.

Mathematics' first real exposure to the nuts and bolts of production came late one night when he attended a session where he witnessed RZA construct a beat from nothing (the track would eventually develop into Ice Cream from Raekwon's Only Built 4 Cuban Linx). RZA inspired Math to follow his lead, and the Wu leader gave him advice and tuition on the nuances of hip hop production over the coming months and years. In 1996, Mathematics dove head first into production, at home, in between heavily scheduled tour dates and rigorous road travelling.

His first track, "Fast Life" featuring Ghostface Killah & football star Andre Rison, made it on to the NFL Jams compilation. Though this track faded into obscurity somewhat, it would lead to several more collaborations between Mathematics and Ghostface; Math also began to produce for many other Wu-Tang members and affiliates, including several tracks on GZA's second album Beneath The Surface as well as Method Man's Tical 2000: Judgement Day, Inspectah Deck's Uncontrolled Substance and Method Man & Redman's Blackout!. Eventually he was to produce for the Clan as a group, with Do You Really (Thang, Thang). This was the only track on their 2000 album The W not to be produced by RZA, and then on 2001's Iron Flag he contributed Rules.

In 2003, Math made the jump into the TV world, as he produced the main theme and all original music for the short lived show "Wanda At Large," which starred Wanda Sykes and aired on the Fox Network. During this time and in between continuous touring, Math would start work on his first solo full length project Love, Hell or Right (Da Come Up). Completely mixed, arranged and produced by Mathematics himself, Love, Hell or Right was ultimately released in fall of 2003 on his own Quewisha Records label in conjunction with High Times Records, and it went on to scan 30,000 units.

As well as featuring rappers from Math's home borough of Queens, Eyes-Low and Buddah Bless, Love, Hell Or Right featured appearances from all the Wu-Tang Clan members except GZA and the then-incarcerated Ol' Dirty Bastard. Mathematics soon signed to the popular independent hip hop label Nature Sounds (home to Wu-Tang colleague Masta Killa as well as MF DOOM) and released his second album The Problem in 2005. This time, the entire Wu-Tang Clan appeared, including a posthumous appearance from Ol' Dirty Bastard. As well as working on his solo albums, Mathematics has continued to contribute beats to many Wu-Tang releases, including the debut albums from Masta Killa and Streetlife.

When American drum & bass had long been ignored by the largely UK-dominated scene, Mathematics was heartily welcomed by the DJ fraternity in England, having had their music played by the likes of LTJ Bukem, Bryan Gee, DJ Hype, Fabio, Doc Scott, Marcus Intalex, Total Science, High Contrast, DJ Lee, Peshay, DJ Addiction, Nookie, London Elektricity, Blame, Calibre, Aquasky, Flight, L Double and Bailey, amongst others. Worldwide support, both in and outside of drum & bass, has come from DJ Marky, Patife and XRS from Brasil, Dieselboy, Dara, Juju and AK1200 in the US, as well as eclectic heavyweights Les Gammas, Adam Goldstone, and Jason Bentley.
While the profile of Mathematics grew with their weekly club night Physics in 1999 culminating in a massive one-off at New Yorks legendary Twilo club it wasnt until the end of the following year that production became the focus.

Since their debut release in Spring 2002, Mathematics has gone on to sign many more tunes, keeping their style unique and versatile and clearly making an impact on the worldwide scene.

2003 saw the long-awaited debut of their own Social Studies imprint. Here and Now b/w Backdraft formed the debut single, the former of which was promptly picked up by Breakbeat Sciences DJ Dara for his mix CD, The Antidote. Social Studies serves primarily as an outlet for Mathematics own material, as well as material from the artists they respect and admire.

Three-piece britrock group: Mathematics are a 3 piece Brit Rock/Indie/Pop outfit that have been playing in bands together since their early years. Now in there early 20s they have come together to form 'Mathematics' with their debut ep 'Careful' released January 2009, the band will be hitting the road playing everywhere and anywhere, looking for management and a label to back them.

After just 3 months being formed, interest has been shown by labels such as mercury records and fear&records (block party, forward russia, blood red shoes) plus already sharing the stage with acts such as, The Ataris, Data.Select.Party, Colour, Look! I'm A Ghost, Venice Ahoy and Pharaohs. It seems hopeful for these 3 so keep your eyes peeled!