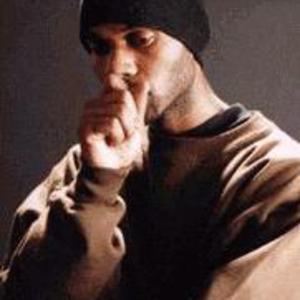 Masta Killa (born Elgin Turner, born August 18, 1969 in Brooklyn, New York) is an American rapper and member of the Wu-Tang Clan. Though one of the lesser-known members of the group and largely absent from their debut album, he has been prolific on Clan group albums and solo projects since the mid-1990s, and released his debut album No Said Date in 2004 to positive reviews. Masta Killa was the last member to join the Wu-Tang Clan; consequently he did not appear on the group's debut single "Protect Ya Neck".

Masta Killa was the last member to join the Wu-Tang Clan; consequently he did not appear on the group's debut single "Protect Ya Neck". He was also the only member not to already be an experienced rapper at the time of the group's formation. He was extensively mentored by the GZA during his early days with the group, evident in the similar flow they both employ. He derived his rap name from the 1978 kung-fu film Shaolin Master Killer, (Shao Lin san shi liu fang). Masta only appeared on one track on the Wu-Tang Clan's first album, though his only verse on the album, the closing verse to "Da Mystery of Chessboxin", is considered by many fans to be one of its most memorable. Masta only narrowly made the track, and was almost left off in favor of Killah Priest. In fact, on the No Said Date DVD, Killah Priest claims that he and Masta Killa were in competition for the spot on Da Mystery of Chessboxin', and while Killah Priest fell asleep, Masta Killa stayed up all night writing rhymes and Killah Priest woke up the next morning to Masta Killa's verse. Since he was a developing rapper at the time Enter the Wu-Tang (36 Chambers) was being written, his verse in "Da Mystery of Chessboxin" was the only one that could hold up with the other, more experienced Wu-Tang members.[1]

During the first round of solo projects, he made several appearances on tracks now considered Wu-Tang classics, such as "Winter Warz", "Duel of the Iron Mic", and "Glaciers of Ice". His flow at the time attracted attention for being very slow and laid-back, in contrast to the more manic, forceful styles of members like Inspectah Deck and Ghostface Killah. Masta Killa is also the Clansman fondest of Chinese martial arts imagery. In 1997, the Wu-Tang Clan's second album Wu-Tang Forever saw Masta become a mainstay in the group's line-up with regular appearances throughout the double album.

Masta Killa was the last member to release a solo project, after it was delayed for several years and finally released in June 2004 (2004 in music) with the title No Said Date. It was critically acclaimed and heralded by fans as a return to form for the Clan, with an ethos and sound reminiscent of the early and mid-1990s Wu-Tang and affiliate albums. His second album, Made in Brooklyn, was released in August 8, 2006, and includes production from Pete Rock and MF DOOM. "Ringing Bells", the Bronze Nazareth-produced lead single from the album, was released in March 2006. Also in 2006, Masta Killa became the latest in a succession of hip hop artists to endorse PETA, also participating in an advertisement for the organization and is also vegetarian.[2]

He is known for being the most quiet and mysterious member of the Wu-Tang Clan, and little is still known about him. He rarely speaks in Wu-Tang interviews, and does not give many independent interviews. "I know I seem serious and quiet to a lot of the fans. That's because I take my work seriously. It's not a game. The Clan and I work hard to give you the best," says Masta Killa


Name
Masta Killa takes his name from the 1978 film by Lau Kar-leung called Master Killer also known as The 36th Chamber of Shaolin. The main character in the movie is played by Gordon Liu who can be seen in many other films including a double role in Kill Bill.