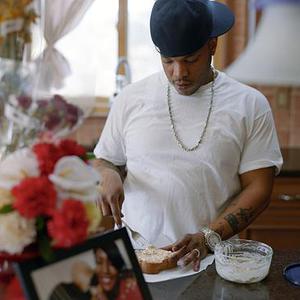 Styles P. (born David Styles on November 28, 1974 in Corona, Queens, New York City, New York, USA) is an American rapper. He was born to a Jamaican father and a South African mother. He is a member of rap group D-Block, which includes Jadakiss and Sheek Louch. He is known primarily for the hardcore lyrics and powerful messages in his music. Born in Corona, Queens, and raised in Yonkers, Styles began rapping with Jadakiss, Kasaan and Sheek in 1994, as they all grew up in the same Yonkers, New York neighborhood.

Born in Corona, Queens, and raised in Yonkers, Styles began rapping with Jadakiss, Kasaan and Sheek in 1994, as they all grew up in the same Yonkers, New York neighborhood. They eventually signed to Bad Boy Records, and recorded songs with Notorious B.I.G. and Puff Daddy. In 1998, The Lox released Money, Power & Respect. Soon thereafter, Styles P led the Lox on the now infamous quest to leave Bad Boy Records. When they were finally released, the Lox signed to Interscope. Shortly thereafter, a new Lox album and Jadakiss' solo album Kiss Tha Game Goodbye were released.

Styles released A Gangster and a Gentleman in 2002 as his debut solo album. The album contained the somber "The Life", featuring Pharoahe Monch which was originally recorded for Rawkus Records' Soundbombing 3 compilation album. The follow up hit was the song dedicated to marijuana use, "Good Times (I Get High)", one of the most played songs of 2002[citation needed].

In 2003, Styles P and Jadakiss appeared on the "Oz Soundtrack" with one of the harder edged songs "Some Niggas" about prison life. On a mixed album with several songs about the lifestyle behind bars, "Some Niggas" was one of the fiercest and most remembered songs on the street from that album[citation needed].

In 2004, Styles P released the mixtape Ghost Stories in limited distribution form (NY only) -- the mixtape spread to other cities and onto the internet in the next year. He was featured on the hit song "Locked Up (Remix)", by R&B artist Akon.

In 2005 Styles received local market airplay for his and Jadakiss' remix of Mariah Carey's mega-hit "We Belong Together", and on Miri Ben-Ari's album, The Hip-Hop Violinist; he features on the track "We Gonna Win". He released two stand-alone mixtapes in complete form: Ghost in the Shell in the spring of 2005 and Ghost in the Machine in the Fall.

Styles P has been featured on many rappers' albums including Jadakiss, DMX, and Jin.

Styles opened up about the loss of his younger brother in the song "My Brother", one of Styles most emotionally filled creations.

A Gangster And A Gentleman