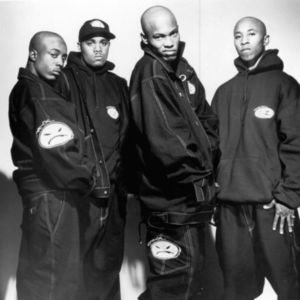 There are four artists with this name 1. An American hip hop group 2. An Israeli trance musician 3. A Swedish metal band 4. Space music artist circa 1978 Onyx is a hip hop group from New York City. Originally formed in 1988 by Fredro Starr, Sonsee, the late Big DS, the group later added Sticky Fingaz, Starr's cousin, in 1991, managed by Diamond Cut Entertainment's Milton Lynch. The group was formed in 1988 and Onyx released its first 12" single, "Ah, and We Do it Like This", in 1990. The song sounded very jazz influenced, much unlike their later work.


Onyx is a hip hop group from New York City. Originally formed in 1988 by Fredro Starr, Sonsee, the late Big DS, the group later added Sticky Fingaz, Starr's cousin, in 1991, managed by Diamond Cut Entertainment's Milton Lynch. The group was formed in 1988 and Onyx released its first 12" single, "Ah, and We Do it Like This", in 1990. The song sounded very jazz influenced, much unlike their later work. In 1991 Onyx was going to present a demo to Jam Master Jay at Def Jam, but Big DS and Sonee Seeza (then only known as Suave) were in Connecticut at the time, so Fredro Starr called up his cousin Sticky Fingaz (who lived in Brooklyn). Once Sticky Fingaz joined the group, the group released the Throw Ya Gunz EP in 1992. After the track Onyx inked a deal with Def Jam and were promised an album which became 1993's Bacdafucup LP. The album met with great commercial success, including heavy airplay on radio and MTV for the single "Slam". Onyx also performed with Biohazard on the tune "Judgement Night", taken from the soundtrack album of the same name. The song "Slam" was the #5 single on the Rap charts and the album went on to quickly sell 2 million copies. Onyx also received critical acclaim, winning Soul Train's album of the year. Despite the embrace of commercial outlets, the group maintained their hardcore image through raunchy live performances (not usually found in rap shows but rather at metal concerts), Sticky's arrest for assault on a flight, and when the NAACP deemed them a disgrace to blacks[citation needed], denying them access to perform a football game's half time show. A lot changed with Onyx in the next two years. Big DS left the group during the recording of All We Got Iz Us because he felt he wasn't getting enough time on the microphone. Onyx began to fade into obscurity. In 1995 Onyx released their second album All We Got Iz Us. While the album was much less successful commercially, many of their fans call it their best work ever. The album did not have any radio friendly tracks and the album's lead single "Last Dayz" peaked at #89 on the Billboard Hot 100 chart, selling 500,000 copies. In the August, 2008 issue of VIBE, All We Got Iz Us was listed as the best produced rap album of 1995 and one of twenty albums every fan of hip-hop must own. The release was followed by another gap in albums, but the members remained in the public eye by appearing in several movies, including Clockers, Sunset Park (1996), and Dead Presidents(1995). Both rappers continue to appear in movies and television, appearing on the FX Network on The Shield and on HBO's The Wire. Onyx returned in 1998 with their third album Shut 'Em Down, which featured appearances from a then-unknown DMX, The Lost Boyz, Raekwon, Method Man, the late Big Pun, Noreaga and a then-unknown 50 Cent. This album found critical as well as commercial success. The underground scene loved the B-sides to the album and radio listeners liked songs such as "React" and the eponymous "Shut 'em Down", the latter featuring DMX. After Shut 'Em Down, Onyx left Def Jam and temporarily split up for solo releases. They reunited in 2002 with Bacdafucup Part II released on Koch Records, where they released the song Slam Harder which was a sample of the show "Welcome back Kotter". The song was basically welcoming them back. Followed by the 2003 release Triggernometry on D3 Entertainment. Both albums met with mediocre reviews and sales, but in a refreshing change from typical musicians, Onyx themselves admit to not liking both albums compared to their earlier releases and they actually tell their fans at live shows to not buy them. In other news, there has been a low-level argument between Onyx member Fredro Starr and 50 Cent. According to the Rap News Network, 50 Cent started a confrontation with Fredro Starr at the 2003 Vibe Awards. In a 2003 interview Fredro Starr explained, "50 Cent basically started shit with me, started a scuffle, and a bodyguard broke us up. He's a punk. He's disrespectful to Jam Master Jay ever since he passed. Fuck him. I'm doin shit with some ex G-Unit members now. 50 ain't shit." In an interview with the Source magazine, Fredro Starr said that 50 Cent had been disrespectful towards the Onyx rap group even though Onyx had given him his first breakthrough on a song called "React" from the 1998 album, Shut 'Em Down.

In the summer of 2006 Fredro released a project known as Yung Onyx.

In June 2008, Onyx released their debut DVD: "Onyx: 15 Years of Videos, History and Violence". The DVD contains every Onyx video digitally remastered with optional commentary, all solo videos, and over an hour of rare footage all the way back from 1992.

In late September 2009, members of Onyx expressed their contempt for the Black Keys work BlakRoc.

2.
Yanniv Goldfarb or Yanniv Gold, from Tel Aviv- Israel, is playing music since he was 9 years. When 15 he was a member in a metal band as a bass guitar player, ended up warming the big English bands Exploited and Carcass and started to DJ in a commercial club when he was 18.

Yanniv's Trance career began in the mid 90's, organizing and playing in Goa Trance parties in Israel and soon in Tokyo where he was living for a few years. In Tokyo Yanniv was a co-founder of Arcadia, a major productions company and music distribution.
Year 2000 ? back in Israel - Yanniv started his own label Bionics Records along with his own music creation under the name Onyx and many live shows and DJ sets all over the world. During the same years Yanniv has got his sound practical engineering degree and ran very successful party lines in Luna & Ultrasound clubs for many years, combining Psy Trance with mainstream and Rock music.
The label was closed in 2005 and Yanniv has signed in the famous music label Yoyo/ BNE where he also released his first album "Groove On" in June 2007.
These days, Yanniv works on his next releases and as a co-mastering engineer at Domestic Studios with Ido Ophir along side with re-creating the new generation of Bionics Records.
Yanniv's music is influenced from everything and anything. Each track is a new story and new structure built up on a massive sound wall, delivering to the listener different moods from deep and serious to high and fun!

Against All Authorities (EP)

Do You Wanna Funk