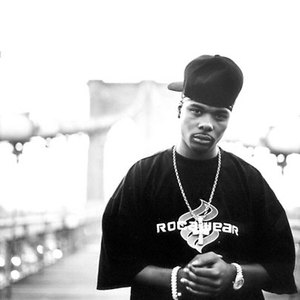 Malik Thuston Cox (born on June 23, 1978) better known as Memphis Bleek, is a Brooklyn rapper who made his first appearance in Hip Hop on Jay-Z's debut album, Reasonable Doubt in 1996. Memphis Bleek regularly came in contact with rap legends such as The Notorious B.I.G. and Jay-Z during his childhood, and has collaborated with artists such as Beanie Sigel, Ja Rule and Missy Elliott, among others. "Memphis" is an acronym for Making Easy Money Pimping Hoes In Style. Early years

"Coming of Age", ironiclly, was also the title of Memphis' debut LP, which didn't create massive records sales and chart-topping singles as his labelmate and peers' albums had. The same was the case of his second LP, "The Understanding", and third, "M.A.D.E", though the latter spawned his largest amount of sales yet (900,000).

Get Low label and rivalries

In the time between the releases of his second and third albums, Memphis Bleek started his own label, Get Low, which in turn led to the signing of former Junior MAFIA member Lil' Cease. The name of the label has sparked a hip-hop rivalry, or beef, between Memphis Bleek, JT tha Bigga Figga & The Game, the former of which built an independent record label with the same title.

Memphis Bleek was also caught in the middle of the epic Jay-Z and Nas battle, in which Bleek gained a few enemies, most notably Nas and Mobb Deep. Despite boosting Jay-Z and Nas's careers, the beef did little to help Bleek gain any more popularity than he had already attained.

Remaining one hit away, on May 17, 2005, Bleek released his fourth album titled "534" , in reference to the building he & mentor Jay-Z grew up in, located in the Marcy housing projects of Brooklyn. However, like many of Bleeks previous releases the album suffered in sales, despite decent exposure of the Swizz Beatz produced single 'Like That'.

In fall 2005, Memphis Bleek told MTV that he was recording an album called "The Process", that he would describe as a make or break album, saying "I want to do an album that's through the roof, I want to do a classic album. I feel that if this album I'm not recording is a classic, I'm not even gonna put it out. I have to do it bigger than anybody has ever done it. I have to make a good record this time, not just talking-junk records."The rapper has worked on the album since 2005 and during that time frame he would release the songs "Hustla", "Get Ya Money Off" and "Let It Off". During this time, he would also leave Roc-A-Fella after Jay-Z told him he could run his own company and had the proper distribution deals to do so. He found a new home in 2009 when he signed to Mass Appeal Entertainment which is where he will release his long anticipated album The Process is yet.

Heir To The Throne