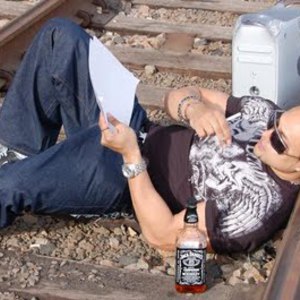 Chino XL (born Derek Barbosa, April 8, 1971, in The Bronx, New York but raised in East Orange, New Jersey) is a rapper well respected among hip hop enthusiasts for his battling abilities. He is notorious for his usage of self-consciously over-the-top punchlines (which usually take the form of puns or similes) and for his exaggerated egotism. He is also well known to many for a brief feud with Tupac Shakur.

After a spell with the group Art Of Origin, Chino XL released his debut album Here To Save You All in 1996, a diverse work which included more conventional battle rap tracks (featuring Kool Keith and Ras Kass) alongside autobiographical tracks such as What Am I (which dealt with his heritage- half Puerto Rican, half African - background). The album got a very positive critical reception and is still regarded by many as one of the finest hip-hop albums of the nineties.

After building his reputation further by making several famous appearances freestyling on the Wake Up Show radio show, Chino incurred the wrath of Tupac Shakur in Tupac's track Hit 'Em Up. This is believed to be as a result of a simile on his debut album in a track called Riiiot, which read "by this industry, I'm trying not to get fucked like 2Pac in jail". The ambiguity over where the simile begins possibly caused confusion, but nevertheless Chino soon responded in a radio freestyle. However, Tupac did not respond back and was soon dead due to an unresolved shooting in Las Vegas. Chino XL has since explained that he greatly respected Tupac and used his line simply as a metaphor and meant no disrespect.

Following a long period of inactivity, Chino's second album I Told You So was released in 2001. It was decidedly more battle rap-oriented than his debut, and featured a slightly more commercial production style. It received reasonably positive reviews but received little promotion and did not sell particularly well. Despite the positive underground reaction to I Told You So, another period of relative inactivity followed the album's release, during which Chino moved to California and proclaimed himself officially a West Coast artist. His highly anticipated third album, entitled Poison Pen, was eventually released in January, 2006. After Poison Pen, in 2006, his album Warning, hosted by King Tech, was released in the same year.

Aside from music, Chino has also recently forged a career in acting, appearing in several films and making a guest appearance in the sitcom Reno 911.

Here To Save You All