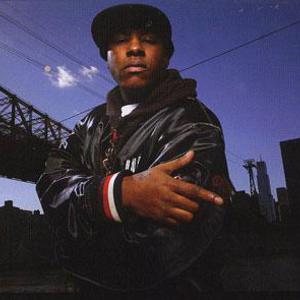 Big Noyd (real name TuJuan Perry) is a rapper from Queensbridge, New York City. He is closely affiliated with Mobb Deep, and he is featured on every one of their so far 7 albums. Big Noyd was first introduced with his verse on "Stomp 'Em Out" from Mobb Deep's 1993 debut Juvenile Hell, but it was first in 1995, on Mobb Deep's classic album The Infamous that Big Noyd started to open peoples eyes. On the song "Give Up The Goods (Just Step)" he started the second verse with the now classic line: "Yo, it's the r-a-double p-e-r n-o-y-d, niggas can't fuck with me!"

His debut album, Episodes of a Hustla, was released in 1996, but as Big Noyd was incarcerated at the time of the release, he didn't had full control over the album, and the album turned out only to contain 11 songs. Even though, the album is counted as a classic amongst fans. In 2003, Big Noyd returned with his second album, Only The Strong(Survives). This album, just like his debut, had many Mobb Deep-related features, but it was a good introduction to people which had yet to hear Big Noyd's music. In 2004, Big Noyd released his 3rd album, On The Grind, as his other 2 albums, also featuring many guest-spots by Mobb Deep-related artists.

Also in 2004, Big Noyd played the leading role in the Mobb Deep-produced Murda Muzik The Movie. Big Noyd, playing a young, upcoming rapper called "Fresh" surprised viewers with his talent in front of the camera, and even though the movie was a flop, many ment that Big Noyd raised the overall impression.

Episodes Of A Hustla