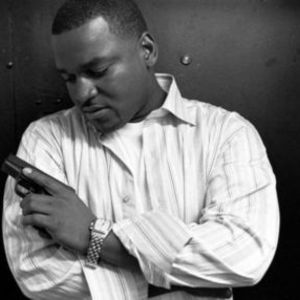 Tragedy Khadafi (born Percy Chapman) is an American rapper. He began his career in the late 1980s as a rapper hailing from the Queensbridge housing projects located in New York City. He initially worked with the influential producer Marley Marl and went under the alias "Intelligent Hoodlum". His self-titled 1990 debut was full of political commentary and heady messages in tracks such as "Arrest The President" and "Black And Proud.

He returned in 1993, releasing his sophomore album "Saga Of A Hoodlum". Afterwards, Tragedy Khadafi continued to record throughout the remainder of the 1990s, scoring massive underground hits with "Thug Paradise" and "L.A. L.A.," the latter of which introduced the world to the trend-setting duo, Capone-N-Noreaga. He produced and made several appearances on Capone-N-Noreaga's stellar debut, The War Report, actually appearing on more tracks than official group member Capone. He then severed ties with the duo. Tragedy Khadafi's third album, "Against All Odds", was scheduled to drop in 1999, but conlicft with his label stifled the release. "Against all Odds" was released in 2001 and "Still Reportin" in 2003. In 2005 he released "Thug Matrix" independently, and his group album with Black Market Militia. In 2006, He will be releasing Blood Ballads

The Death Of Tragedy