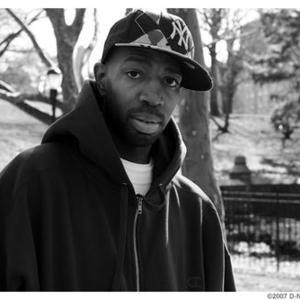 Born in Queens NY and raised in Hempstead, Grand Daddy I.U. grew up around music and was exposed to all different genres. When Hip Hop emerged, he was automatically attracted and was a natural on the Mic. Joining rhyme ciphers on the street corners, jail yards and eventually the studio - he made a demo with the encouragement of his brother, DJ Kay Cee, and got signed to Cold Chillin Records. After joining the label that introduced Juice Crew All-Stars like Biz Markie, Big Daddy Kane, Kool G Rap, Roxanne Shante, MC Shan and more. I.U. made his mark as Artist and songwriter.

His first album "Smooth Assasin" was released in 1990. With joints like "Something New", "Sugar Free" and "Girl In The Mall". In 1994, I.U. dropped his second Album titled Lead Pipe. Tracks such as "Represent", "Don't Stress Me" and "Slinging Bass" had the East Coast Hip Hop underground wanting more.

After a long hiatus and years in the cut, he's back! Producing and still writing hot music like he never left, I.U. has an extensive catalog of Hip Hop beats that rival any hot Producer in the game today. With hundreds of tracks ready for production, Grand Daddy is now being sought out by several independent and major labels alike.