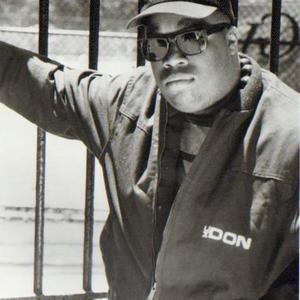 Godfather Don first appeared in 1991 with Hazardous, released on the Select Records. The album established the Godfather as an MC influenced by the blatant, hard-hitting style of Chuck D. A few years later, the Don appeared on and produced the Ultramagnetic MC's' The Four Horsemen, which led to a collaboration with that group's standout, Kool Keith. The Cenobites EP was issued on Fondle 'Em Records, which was started by New York b-boy, DJ, and man about town Bobbito Garcia.

The material on the EP had originally been recorded as gags or promos for Garcia's underground hip-hop radio show on New York's WKCR. The Cenobites EP was then reissued by Fondle 'Em as a full-length LP. Throughout the 1990s, Godfather Don continued to work as a producer, working on tracks from Kool Keith, Hostyle, and Ayatollah, among others. In 1999, he released his second album, Diabolique, on which his flow was very similar to the bludgeoning raps of his 1991 debut. The album included cameo appearances from Kool Keith and Sir Menelik, and appeared on the Hydra Entertainment imprint, for which Godfather Don continued to record, releasing several 12" singles and Instrumental hip hop albums.

In 2007, Don resurfaced with 'The Slave Of New York E.P.': an EP of previously-unreleased archive material in association with hip-hop website Diggers With Gratitude who tracked him down and worked on putting this project out. 150 copies of this six track vinyl E.P. were released, with the first 45 copies having signed sleeves. The material used was recorded before and during his time with Hydra, with the title track coming directly from a cassette that Don had given to Bobbito to play on WKCR. Due to the resurge in interest, Don was then asked to release a CD compilation of material by another label, titled The Nineties Sessions, out now.