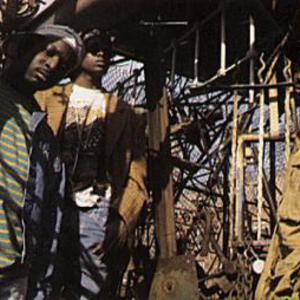 The Poor Righteous Teachers are a trio of African American hip hop musicians from Trenton, New Jersey, founded in 1989. Often referred to as PRT by their fans, Poor Righteous Teachers are known as pro-Black conscious hip hop artists who are members of the Nation of Gods and Earths. Wise Intelligent, as the lead MC, is the most visible and well known member of the group. Culture Freedom provides backing vocals and production and Father Shaheed serves as a DJ and producer. The trio released their first album, Holy Intellect, in 1990, spawning their only major radio hit, Rock Dis Funky Joint.

This album was followed by Pure Poverty the following year. Their follow-up and most successful release to date has been 1993's Black Business, which drew criticism for alleged homophobia. Their fourth release was The New World Order.