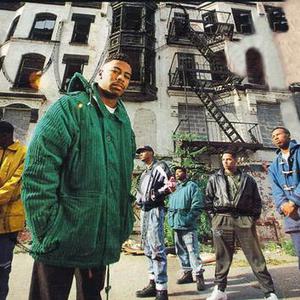 Da Bulldogs, formerly united as ED. O.G. & Da Bulldogs, is a hip-hop group from Boston, Massachusetts. Its members have included T-Nyne, Game (formerly Smooth Ice Gee), DJ Cruz, Black, Bulletproof Brett, Slim Dog, Shawn Booker, Lorenzo, Bruzer, Mo, Tyrone, Money 1, Muff K., Diamond, Dream Nefra, and Joe. Most of these performers are referenced on the song "Feel Like A Nut" on the album "Life of a Kid in the Ghetto.

ED. O.G & Da Bulldogs was signed to Mercury Records until 1993 whereupon the members pursued separate music careers. Da Bulldogs is important as one of a small handful of currently active Boston Golden age hip hop groups which contains old school members and has had national and international distribution and touring.

Da Bulldogs released a 12" single in February 2001 called "Bounce It/Livin' It Up" and this was followed by a CD in 2003 called "Almost Famous." The single was distributed by Landspeed Records during their bankruptcy phase but went into second round domestic and overseas distribution. "Almost Famous" was distributed on Da Bulldogs' independent hip-hop label Needlepoint Entertainment, and featured T-Nyne, Game, Bulletproof Brett, and Edo G. The promotional 12" single Livin' It Up was distributed sidestage at a Ja Rule performance before his release of the same name and was performed live by Bell Biv DeVoe. It was played on Jam'n 94.5 WJMN (FM) by G Spin.

Life Of A Kid In The Ghetto