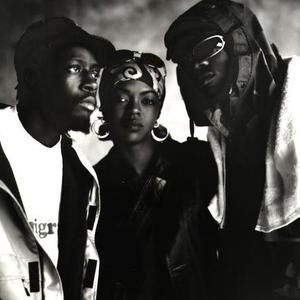 The Fugees were an American music group, popular during the mid-1990s, whose repertoire includes primarily hip-hop, with elements of soul, and Caribbean music (particularly reggae). The members of the group are leader/rapper/producer Wyclef Jean, rapper/singer Lauryn Hill, and rapper Pras Michel. Both Jean and Michel are of Haitian heritage; Hill is an African American native of South Orange, New Jersey.

Deriving their name from the term "refugee", the group is noted for the integration of soul and reggae into their work, and recorded three albums (Blunted On Reality (1994), The Score (1996) and Bootleg Versions (1996)) ?one of which, The Score, was a multi-platinum and Grammy-winning success?before going their separate ways after 1997. Hill and Jean each went on to successful solo recording careers, while Michel focused mainly on soundtrack recordings and acting.

In September 2004, it was announced that the Fugees had settled their differences and were currently working on a new album. They appeared onstage together at an exclusive block party in New York City that month, hosted by Dave Chappelle. On June 28, 2005, they opened the BET awards with a surprise performance featuring several of their hit songs. One track, "Take It Easy", off their upcoming album was leaked online and eventually released as a single on the internet in September 2005. In February, 2006, a track was leaked titled "Foxy". Also, recently, one more track was leaked titled "Wannabe." But, according to Pras, the group has disbanded again, and the chances for another reunion seem very slim.

Rumble In The Jungle (EP)