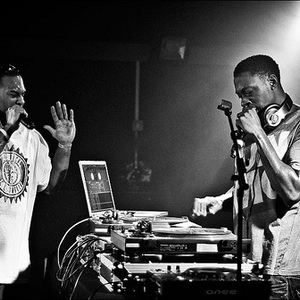 Pete Rock & C.L. Smooth were an influential rap group from Mount Vernon, New York. They made their debut in the rap world with their 1991 EP, All Souled Out. It sold moderately well enough to justify Elektra Records clearing the way for 1992's Mecca and the Soul Brother LP. As a producer, DJ Pete Rock (Peter Phillips) tended to prefer obscure soul and jazz sides for sample sources, frequently making use of horn-driven hooks.

Lead vocalist CL Smooth (Corey Penn) tended to be philosophical in his raps, and he mostly avoided profanity. Their signature hit was ?They Reminisce Over You (T.R.O.Y.)?, a dirge for fallen friends--namely Troy "Trouble

T-Roy" Dixon, a member of Heavy D & The Boyz, who died in 1990.
1994's The Main Ingredient was the follow up, and they appeared on a string of guest appearances for remixes, soundtracks, and other works. Public Enemy, EPMD, Heavy D and Johnny Gill were among the artists they collaborated with, and they can also claim credit for producing (and performing on) Run-DMC's 1993 comeback single 'Down with the King'. Despite all this, the duo failed to go gold on any of their own releases.

Separating in 1995 (shortly after a well-received Sprite TV commercial), they eventually reunited on a handful of cuts from Pete Rock's solo recordings: Soul Survivor (1998), PeteStrumentals (2001) and Soul Survivor II (2004). They also went on a brief reunion tour as a warm up for their then-anticipated new album, which ended with a show at London's famous Jazz Cafe. Despite these intermittent collaborations, the pair has exchanged dismissive comments toward each other in separate interviews, disavowing plans for a full-fledged reunion.

Mecca And The Soul Brother