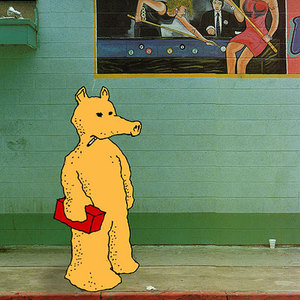 Quasimoto, producer Madlib's alter ego emcee, hails from Oxnard, California. One day in the studio, Madlib decided to rap to his own beats. He didn't like the sound of his voice (his friends in Oxnard call him 'Barry White' in reference to his deep voice) so decided pitch the vocals up while recording to produce Quasimoto's distinctive high pitched voice. The debut album was conceived and recorded by Madlib during a week long psilocybin mushroom binge. 'Lord Quas' has released two LPs: "The Unseen", and "The Further Adventures of Lord Quas". And several EP's as Astronaut and Broad Factor.

Career
Peanut Butter Wolf, DJ and owner of Stones Throw Records, heard Quas' demo tapes and encouraged Madlib to release more tracks under this alias. Quasimoto was featured on Wolf's My Vinyl Weighs a Ton album in 1998, on the song "Styles Crews Flows Beats." Finally, Madlib put out Quasimoto's debut album - The Unseen - in 2000. This album received much praise from underground heads and from mainstream media, making it onto Spin Magazine's top albums of the year list.

After the release of The Unseen, Madlib spent the next few years working on radically different projects such as Yesterdays New Quintet and his album Shades of Blue. Quas re-emerged in 2003, making a few guest appearances, notably on Jaylib's Champion Sound and Madvillain's Madvillainy (Madlib and MF DOOM).

Quasimoto officially returned with the vinyl-only Bus Ride EP in late 2004, continuing his recipe for success - keeping content simple (weed, rap, etc) and using crazy samples. Quasimoto dropped The Further Adventures of Lord Quas in 2005. M.E.D. and MF DOOM are featured on the album. The album cover features a reference to Frank Zappa's debut album, Freak Out!, a picture of super-producer J Dilla, and a picture of Wild Man Fischer, who is also referenced in one of the songs. The voice of Melvin Van Peebles is sampled on several tracks from both albums.

Early depictions of Quasimoto were taken from the movie Fantastic Planet, specifically the leashed Oms who wore red masks with protruding snouts during the first "de-om".

In an interview, Madlib said that the atmosphere and sound on the Quasimoto albums owe much to the work of Alain Goraguer on the soundtrack of La Planete Sauvage and early Quasimoto video features excerpts from it. The song 'Come On Feet' samples the soundtrack to that film.

The Further Adventures Of Lord Quas