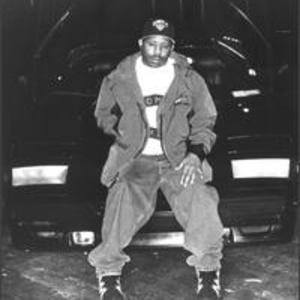 Grand Puba (born William Dixon March 4, 1966) is a rapper best known as a member of the group Brand Nubian. He debuted with the group Masters of Ceremony. Their album Dynamite (1988) was hailed by critics, but probably due to lack of sales the group soon disbanded, and Puba emerged as the lead rapper of Brand Nubian. After their innovative and versatile debut album One For All (1990) - covering areas from reggae-influenced rap to new jack swing - Puba left the group and embarked on a solo career.

He became a member of the group again in 1998, in time for the album The Return. In 1999, Puba and groupmate Sadat X performed on the track "Once Again" on Handsome Boy Modeling School's concept album So How's Your Girl. . . . Following the group's 2004 effort Fire In The Hole, a rejuvenated Puba appeared on tracks with Beanie Sigel ("Bread and Butter", also featuring groupmate Sadat X), Missy Elliott ("My Struggles" featuring his onetime collaborator Mary J. Blige), and Ugly Duckling ("Party Goin' Down Tonight")

Black From The Future