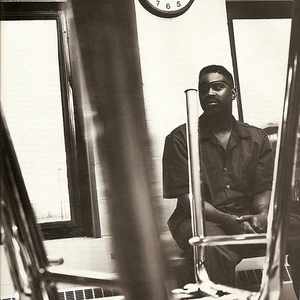 Slick Rick (born Richard Walters on January 14, 1965 in South Wimbledon, London, England) is an East Coast rapper, known for a series of hip hop recordings during the 1980s. He was blinded by broken glass as an infant and took to wearing an eyepatch from an early age. Walters moved with his family to the Bronx in 1975. Charlie Rock of Harlem World crew was instrumental in Doug E. Fresh and Slick Rick being brought together.

Charlie Rock of Harlem World crew was instrumental in Doug E. Fresh and Slick Rick being brought together. When Doug requested an introduction after he had seen him win local MC battle contests. It was at an MC contest at the 369 Armory on 142nd street in Harlem, given by promotion partners Ray Chandler & Charlie Rock, The Rick & Doug were formally introduced by Rock.

As a 20-year-old in the summer of 1985 he scored his first big hits, "La Di Da Di" and "The Show." Once he gained a degree of wealth, Slick Rick also gained a reputation for regularly wearing an enormous amount of gold jewelry, including many large necklaces with giant pendants, bracelets, huge rings on each finger, and gold teeth.

The Art Of Storytelling

The Great Adventures Of Slick Rick