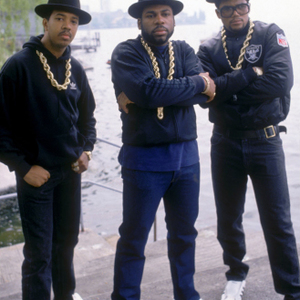 Run?D.M.C. was a hip hop group from Hollis, in the Queens borough of New York City. Founded by Joseph "Run" Simmons, Darryl "D.M.C." McDaniels, and Jason "Jam-Master Jay" Mizell, the group is widely acknowledged as one of the most influential acts in the history of hip hop. They were the biggest act in hip-hop throughout the 1980s and are credited with breaking hip hop into mainstream music. In 2004, Rolling Stone ranked them number 48 in their list of the greatest musical artists of all time. In 2007, the trio was named Greatest Hip Hop Group of All Time by MTV.

om They were also named Greatest Hip Hop Artist of All Time by VH1. They were inducted into the Rock and Roll Hall of Fame on April 4, 2009, the second hip-hop group to be inducted, after Grandmaster Flash and The Furious Five.

Walk This Way The Best Of Run-Dmc