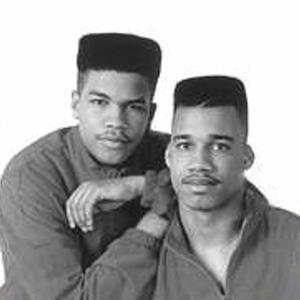 Super Lover Cee & Casanova Rud (b. Calente Frederick & Erik Rudnicki) are an old school American hip hop crew from the Bronx, NY. They released their incredible debut lp "Girls I Got 'Em Locked" in 1988 featuring legendary producer/engineer Paul C on the boards. With a video for the Girls I Got 'Em Locked track in rotation on Yo!MTV Raps, they achieved moderate success but no mainstream recognition.

With Paul C's passing and Super Lover Cee on production, their follow up second ep "Blow Up The Spot" (1993) didn't see any success and flopped. Super lover Cee had a guest spot on Prec.I.S.E. MC's album PreC.I.S.E.-Ly Done on a track titled "So You Think You Got 'Em Locked" in 1991. Super lover Cee recently made a cameo on Fareed's song titled "Better Wit Me" in 2006. Fareed, a hip hop soul artist from Buffalo, NY and Charlotte, NC can be found on http://www.myspace.com/supastarfareed.

Blow Up The Spot (EP)