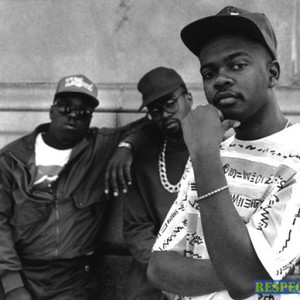 Audio Two were a late 1980s rap duo consisting of brothers Milk D. and DJ Gizmo. Breaking out with their first hit, "Top Billin'", they would follow that up with a full length release titled "What More Can I Say?". Following in their footsteps were Milk and Giz's sister, better known to the rap world as MC Lyte who also garnered some success with the release of several albums and, most notably, the song "Cold Rock The Party".

Despite a promising start the Audio Two stalled with their sophomore effort, I Don't Care: The Album. By this time, neither did their fans and it sold poorly. Milk D. would release an LP a few years later but to dismal sales and success. "Top Billin" was also featured in the 1994 debute album of The Notorious B.I.G., "Ready To Die". A sample was used in the intro of the album.

I Don't Care: The Album

Many Styles / The Questions (VLS)

Hickeys Around My Neck (VLS)

What More Can I Say?