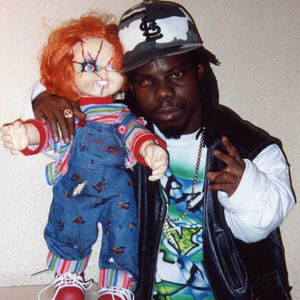 Bushwick Bill, (born Richard Shaw, December 8, 1966 in Kingston, Jamaica) is a member of the rap group Geto Boys. He is a dwarf. In 1991 he shot himself while drunk after his girlfriend refused to shoot him. The incident did not kill him, but he lost his right eye. A graphic picture of him in the hospital with his injury was on the cover of the Geto Boys' album We Can't Be Stopped. Bushwick Bill detailed the incident in the song Ever So Clear, as well as perfected his psychotic "Chuckwick" persona on his first solo album Little Big Man (1992).