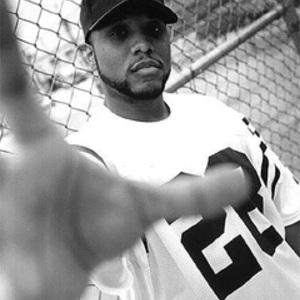 MC Ren (born Lorenzo Patterson, June 14, 1969, Los Angeles (Compton), California) joined up with the groundbreaking gangsta rap group N.W.A as he finished his senior year at Dominguez High School in Compton. By contributing hard-hitting vocals on the Straight Outta Compton (1989) album, Ren soon found himself a much more valuable member of the group after Ice Cube departed in 1989. After becoming the first hardcore rap group to gain mainstream success, with Efil4zaggin reaching the number one spot on Billboard in 1991, financial conflict between Dr.

After becoming the first hardcore rap group to gain mainstream success, with Efil4zaggin reaching the number one spot on Billboard in 1991, financial conflict between Dr. Dre and Ruthless Records led to the group disbanding. Dr. Dre left to form Death Row Records. MC Ren released his debut EP with the help of Eazy-E in 1992, entitled Kizz My Black Azz. Surprisingly enough, with little commercial promotion, the album went gold. His next album, Life Sentence, was scrapped while converting to the Nation of Islam with guidance from his DJ, DJ Train. Shock of the Hour (1993) was put out the next year containing a few singles, none left any lasting impression.

MC Ren soon found hard times when DJ Train died in a house fire before the release of the ill-fated Villain in Black (1996). Before leaving Ruthless Records, Ren put out Ruthless For Life (1998) which proved a worthy comeback from his last album. He appeared on the posse cut "Some L.A. Niggaz" from Dre's 2001, but only spoke the intro, not rapping on the track. As of 2002, Ren was working on another album; his lyrical abilities have been displayed with many guest appearances with artists from Ice Cube, Kurupt, Snoop Dogg, Paris, Cypress Hill and many more.

The Villain In Black

Shock Of The Hour