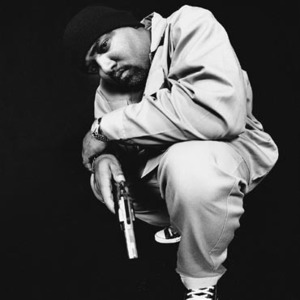 Dedrick Rolison, (born August 9, 1971), better known by his stage name Mack 10 is an American rapper and actor. He was a member of hip hop trio Westside Connection, along with Ice Cube and WC. When the West Coast first rose atop the rap industry in the mid-'90s, Mack 10 emerged as one of the coast's most promising talents alongside his longtime associate Ice Cube. The two Los Angeles rappers co-wrote "Foe Life," Mack 10's 1995 breakthrough hit, and united a year later with WC to form the trio Westside Connection, a West Coast gangsta rap supergroup.

The Westside Connection album became a sizable hit, rocketing to number two on the Billboard album chart and boasting the anthemic "Bow Down." Mack 10 continued his affiliation with Ice Cube on each successive album while at the same time launching a label of his own, Hoo Bangin' Records. As the '90s came to a close, the rapper's popularity dipped a bit, and he signed with leading Dirty South label Cash Money Records in 2001, where his career underwent some unlikely twists.


Born Dedrick D'Mon Rolison in 1971, Mack 10 perpetually represented Inglewood, California throughout his career, the Los Angeles neighborhood he called home. His professional rap career began in 1995 when he signed with Priority, the premier label for West Coast rap at the time, and released his self-titled album. The West Coast gangsta movement was peaking around this time, and Mack 10 capitalized on the trend with "Foe Life," a song he wrote with Ice Cube, one of the West Coast's reigning talents. The partnership struck gold, and the song became a coastal anthem, opening the door for a successive single, "On Them Thangs." Mack 10 then partnered with Ice Cube again a year later to form the West Coast supergroup Westside Connection along with another Los Angeles rapper, WC. The three had united for a standout song on Mack 10's debut album, "Westside Slaughterhouse," and hoped to reprise their camaraderie for the Westside Connection album. They certainly did so, recording the boastful lead single "Bow Down," which taunted the East Coast, along with several other songs discussing the East-West tension that dominated rap at the time.


Mack 10 followed the number two-charting Westside Connection album with his second album, Based on a True Story, and its lead single, "Backyard Boogie," in 1997. The album became his most successful, peaking at number 14 on the Billboard album chart, and confirmed his quick ascendance to fame. Moreover, the album is generally considered to be Mack 10's career highlight: it features a modest number of guests (Snoop Dogg, E-40, Ice Cube), top-notch G-funk-era producers (Ant Banks, Soopafly), and little of the filler that would begin to populate his successive releases. Mack 10 returned a year later with another Top 20 album, Recipe, which is notable for its abundance of guests. In fact, only one song featured Mack 10 alone; every other song featured at least one guest, if not more; everyone from Master P and Mystikal to Jermaine Dupri and Ol' Dirty Bastard. Following the extravagencies of Recipe in 1997, Mack 10's career began to slowly spiral downward, much like the West Coast gangsta rap scene he rode to fame. His only release in 1998 was Hoo Bangin': Mix Tape, more of a showcase for the many up-and-coming rappers on his Hoo Bangin' label than for himself, and listeners weren't very interested. When Mack 10 finally did return with another full-length of his own, The Paper Route, in 2000, three years after Recipe, listeners similarly weren't very interested.

The relative disappointment of The Paper Route brought Mack 10's souring relationship with Priority Records to an end, and along came Cash Money Records, who happily signed the rapper to a contract. The partnership seemed somewhat unlikely. Cash Money was a leading Dirty South label with a small roster of in-house rappers such as Juvenile and Lil Wayne; however, the label was looking to expand its roster as well as its reach, and Mack 10 offered it a great opportunity to unite the West Coast and Dirty South. The resulting album, Bang or Ball (2001), neither topped the charts nor garnered substantial attention despite boasting "Hate in Yo Eyes," a Dr. Dre production that interpolated the Bee Gees' "Stayin' Alive." The album nonetheless signaled a new direction for Mack 10, who sounded surprisingly comfortable working with one of the Dirty South's premier producers, Manny Fresh. Less than a year later in summer 2002 came Mack 10 Presents da Hood, a Hoo Bangin' release prominently featuring numerous up-and-coming West Coast rappers: K-Mac, Deviossi, Skoop, Cousteau, and Techniec. More importantly, though, the album featured "L.A. for Ya," an anthemic song that was customized for the West Coast's leading radio stations as well as for Lakers and Clippers home games. The customized versions worked, and the song garnered quite a bit of airplay on the West Coast, making it one of Mack 10's biggest hits in years. Ghetto, Gutter and Gangster appeared in 2003 followed by Hustla's Handbook two years later