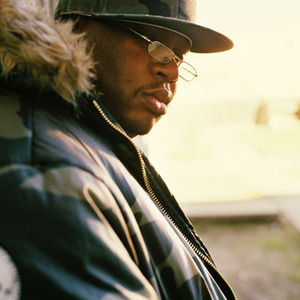 Earl Stevens (born November 15, 1967 in Vallejo, California) is best known by his stage name E-40. Stevens is "known" by the new generation of hip-hop as a Hyphy rapper from the Bay Area of California. However, E-40 is also an old school veteran who has done collabos with rap icons such as Tupac Shakur, Too $hort, Lil' Jon, C-BO, Snoop Dogg, Spice 1, Richie Rich, Mac Dre, Mac Mall, The Luniz, The Outlawz, and many more.

E-40 is a self-proclaimed "O.G." in the rap game and has been around since the early days and has an old school following from his G-Funk days. His group "The Click" consists of his brother, cousin and his sister; D-shot, B-legit, & Suga-T. His other brother Mugzi (aka Young Mugzi) has a group called the Mossie, consisting of himself, Kaveo, and Tap Dat Azz. E-40 also brought his nephew into the rap game, and is a well known bay area artists named "Turf Talk". His son "Droop-E" is now a Bay Area hyphy producer and makes uptempo beats packed with major 808 kick samples. All these rappers and many more are under his established independent label; Sic Wid It records.
His nicknames include TKA (Tycoon Known As) Charlie Hustle, E-Bonics, 40 Fonzarelli, The Ambassador of the Bay, The Ballatician, 40 Belafonte, E-Pheezy, Fortywata (40water), E-4-0 (E-Four-Oh), Mr. Flamboyant, and Earl "Poppin' His Collar" Stevens.

ENTREPRENEUR
In addition to record sales E-40 has ventured into other business opportunities. Along with former NFL player Chester McGlockton, E-40 has opened a Fatburger franchise in Pleasant Hill, California. E-40 recently authored the book, E-40's Book of Slang to be published by Warner Books. He also has his own line of liquor called Cloud 9, and he opened the now-defunct Ambassador's Lounge, a nightclub in Downtown San Jose.[13]. On Nov 16th, 2007 it was announced that Stevens, signed a franchise agreement with Wingstop Restaurants, Inc. and will open one in Southampton shopping center located in Benicia, California. "I was introduced to Wingstop in Dallas and as soon as I tasted the wings I was hooked. I love the food," said Stevens. "I chose to open in the Bay Area because this is the soil where I was born and raised, and I still live here to this day. People here are going to love these things." In late 2007, E-40 announced a new line of energy drinks called "40 Water."

The Gift Of Gab

The Block Brochure-Welcome To The Soil Vol. 6

The Block Brochure-Welcome To The Soil Vol. 5