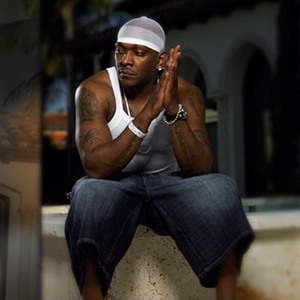 Moses Barrett III (born June 17, 1979 in Greenville, North Carolina), better known by his stage name Petey Pablo, is a rapper, actor and founder of CMG Records. He is best known for his hit singles Raise Up, Show Me The Money and Freek-a-Leek, and for being featured on Ciara's Billboard Hot 100 number one single Goodies. He released his debut album, Diary of a Sinner: 1st Entry, in 2001 and his sophomore effort, Still Writing in My Diary: 2nd Entry, in 2004.

His highly aniticpated third album, A&R: Anticipated Recordings, is set to be released in January 2010 after a six year absence from the music scene.

Barrett left home aged 13 in 1992 and lived on the streets of Baltimore, and later Raleigh. He was originally signed to Death Row records, releasing only one track with Crooked I. His life on Death Row was short. Petey Pablo was arrested in Raleigh, North Carolina for armed robbery. He also lived in Pasquotank County, North Carolina. He spent six years in prison and on his release moved to New York City, where he met Black Rob and Busta Rhymes, and, according to legend, was signed by the A&R director of Jive Records after hearing him rapping in a club bathroom. After a few guest spots in 2000, his first solo single was "Raise Up" in 2001 at the age of 22, produced by Timbaland, followed by debut album Diary of a Sinner: 1st Entry the same year. "Raise Up" was helped by rotation on MTV and heavy play on urban radio, reaching #25 on the Billboard Hot 100 and topping the Hot Rap Singles Chart. Noted for its "black" rhythm section, "Raise Up" borrows from Timbaland's preference for African-American instrumentation and helicopters. The release of his second album, Still Writing in My Diary: 2nd Entry, was delayed until 2004. Lead single from the album, the sexually-explicit "Freek-a-Leek" was another major success, reaching #7 in the Hot 100, although little chart success followed. Barrett currently resides in Wake Forest, North Carolina, where he is working under his own label: Carolina Music Group, or CMG. His new album, "A&R: Anticipated Recordings" hits stores in January 2010. The highly anticipated album comes after a six year absence from the music scene. Barrett is calling the album "phenomenal." Many singles are expected to come from this new record such as "Osama," "NC Wzup" and "Fire.

Get Me Out of Jail CDS

Same Eyez On Me

Show Me The Money

Diary Of A Sinner: 1St Entry