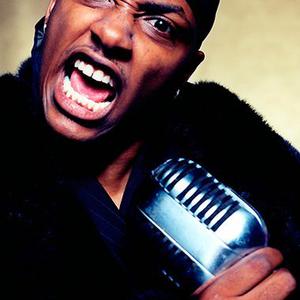 Michael Lawrence Tyler (born September 22, 1970 in New Orleans, Louisiana), better known by his stage name Mystikal, is a Grammy award nominated American rapper and actor. He released his self-titled debut album in 1994 and has since released 1996's Mind of Mystikal, 1997's Unpredictable, 1998's Ghetto Fabulous, 2000's Let's Get Ready and 2001's Tarantula. In 2003, Mystikal pled guilty to sexual battery, and was released on January 14, 2010 after serving a six year sentence. He has plans to return to recording music and possibly release a new album sometime in 2010.

He is one of many artists from Master P's No Limit Records to achieve both critical and commercial success.

Michael Tyler went to Cohen High School in New Orleans. Later he would go on to be in the Army and serve as a Meal, Ready-to-Eat supply clerk assigned to a stateside support unit.

His debut album was Mystikal, released on the indie label Big Boy Records in 1995. He signed to Jive Records to release Mind of Mystikal in 1996. The album sold well, and he signed to Master P's No Limit Records for Unpredictable in 1997. The album sold well, and garnered him critical praise, though his real breakthrough was Let's Get Ready released in 2000, led by The Neptunes-produced hit "Shake Ya Ass," and the only slightly-less-successful single "Danger (Been So Long)," which featured rising pop star Nivea. It debuted at Number One on the Billboard 200, making it his only chart-topper to date.
One of his most recent releases was the 2001 album Tarantula, which contained the single, "Bouncin' Back (Bumpin' Me Against The Wall)". Though it presented Mystikal's typical and unique flow style, the song also saw a blending of jazz and swing elements with hip-hop. He was also featured on "Move Bitch" by Ludacris.
On January 16, 2004 Mystikal was sentenced to six years in prison after pleading guilty to forcing his hairstylist to perform sex acts. He also admitted to extortion. The rapper and two bodyguards forced the woman to perform oral sex after they accused her of stealing $80,000 in checks. Mystikal initinally denied the assault, but confessed after a videotape of the crime was found at his home. Bodyguards Leland "Pokie" Ellis and Vercy "V" Carter also pled guilty to sexual battery. Mystikal's 2006 parole hearing led to a denial of parole, specifically "1002186 SEXUAL BATTERY OF INFIRM" and "702127 EXTORTION."
He is currently incarcerated at the Elayn Hunt Correctional Center, which is just outside of Baton Rouge, Louisiana. His D.O.C. number is 00469659.

In August 2005, while incarcerated on the state sexual battery and extortion charges, Mystikal was charged federally with two misdemeanor counts of failing to file tax returns for 1998 and 1999. On January 12, 2006, he was convicted in federal court of the tax offenses, but was allowed to serve the one year federal sentence concurrent with his six year state sentence.

Mystikal was incarcerated at Louisiana's Elayn Hunt Correctional Center. On January 19, 2006, Mystikal was denied parole at a parole board hearing.

Prince Of The South (The Hits)