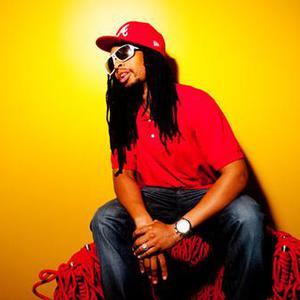 Jonathan Mortimer Smith (born January 27, 1971 in Atlanta, Georgia), better known by his stage name Lil Jon, is an American rapper, actor, producer and member of the crunk group Lil Jon & The East Side Boyz. Lil Jon formed the group with friends Big Sam and Lil Bo, they released five studio albums and had many hit songs including Get Low, which featured the Ying Yang Twins and reached #1 on the Billboard 100. He released his debut solo album, Crunk Rock, in June 2010.

Lil Jon has also produced many hit urban singles and has made the terms "OK!", "What?!", and "Yeah!" a familiar calling amongst his friends and followers inside and outside of the hip hop genre.

Lil Jon was born and raised in Atlanta, Georgia. He worked for So So Def Recordings between 1993 and 2000.

In addition to leading Lil Jon & The East Side Boyz, Lil Jon has also produced many hit urban singles. From 2003 to 2005, while still with The East Side Boyz, Lil Jon produced hits like "Salt Shaker" by Ying Yang Twins, "Yeah!" by Usher, Freek-a-Leek by Petey Pablo, Shorty Wanna Ride by Young Buck, Shake That Monkey by Too $hort, Let's Go by Trick Daddy, and Girlfight by Brooke Valentine. Lil Jon entered the San Francisco Bay Area hyphy music scene in 2006 with his collaborations with Bay Area rapper E-40, Lil Jon produced E-40's single "Tell Me When To Go" and had E-40 and Atlanta rapper Sean P on his own "Snap Yo Fingers".

In 2006, Lil' Jon severed his negotiation with record label TVT. He vowed never to record for TVT Records again, alleging that TVT owner Steve Gottlieb was shortchanging him. He also began recording a rock music album, Crunk Rock; in May 2006 he began recording in Las Vegas, Nevada because rock band The Killers was recording its upcoming album Sam's Town there.

MTV News reported in March 2008 that Crunk Rock was taking more time to complete than Lil' Jon already planned. As part of TVT Records' 2008 bankruptcy auction, Lil' Jon withdrew his multi-million dollar objection to the TVT sale proceedings and agreed to TVT's transfer of his artist agreement to The Orchard. In return, The Orchard released Lil' Jon from all future obligations and returned the rights to the master recordings of Crunk Rock.

All I Really Want For Christmas (CDS)

Crunk Juice (With The East Side Boyz) CD1

Part II (With The Eastside Boyz)

Kings of Crunk (with the Eastside Boyz)