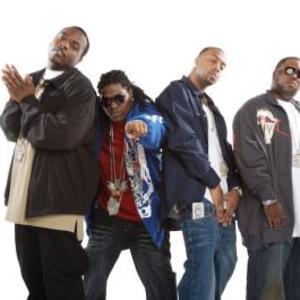 Dem Franchize Boyz is an American snap rap group from Atlanta, Georgia signed to So So Def Records. The group comprises four members, Buddie (Gerald Tiller), Parlae (Maurice Gleaton), Pimpin (Jamal Willingham) and Jizzal Man (Bernard Leverette). They have released three studio albums, 2004's Dem Franchize Boyz, 2006's On Top of Our Game and 2008's Our World, Our Way. As of 2010 the group has reunited and has plans to release a fourth studio album sometime later this year. They are most well known for their hit singles Lean Wit It, Rock Wit It and I Think They Like Me.

They debuted with the major southern hit "White Tee" in 2004 and have more recently appreciated radio airplay with their singles "I Think They Like Me (So So Def Remix)" and "Lean Wit It, Rock Wit It". They are considered to be pioneers in the new hip-hop subgenre of snap music. Recently, they are featured on the newest installment to the Now That's What I Call Music!, Volume 21 with their hit song, "Lean Wit It, Rock Wit It." They have managed to get considerable press upon the release of On Top Of Our Game. They are currently beefing with D4L over the snap dance.

In May 2006, they collaborated with Mariah Carey on the urban remix of her hit single "Say Somethin'". The remix single will also have video, along with the single's digital release on June 20, 2006. The remix was produced by Jermaine Dupri. They are also featured in Monica's new single Everytime Tha Beat Drop.

On Top Of Our Game