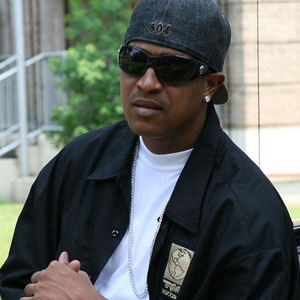 Even though his voice rarely goes above casual speaking volume, when C-Murder talks, he speaks volumes. Born Corey Miller and raised in New Orleans, a city known for both its good times and crimes, C-Murder adopted his provocative name seeing murders, amongst other ruthless activities. A product of the notorious Calliope Projects, C was able to escape being just another statistic by aligning with his entrepreneur brother Percy Miller, also known to the world as No Limit Record's CEO and founder Master P.

Throughout the mid to late 1990's No Limit wreaked havoc on the music industry setting gold and platinum standards for almost every album they released. Before becoming one of the most popular solo artists on the label, C-Murder debuted as a member of TRU alongside his brothers P and Silkk The Shocker. The trio put themselves and their label on the national map with their 1995 album True which spurned the worldwide anthem ?I'm Bout It, Bout It.? Following TRU's groundbreaking 1997 album Tru 2 Da Game, C-Murder embarked on what would become a successful solo career. His first album, 1998's Life Or Death proved to listeners that C was able to hold his own weight using a spectrum of influences ranging from Special Ed to Ice-T to 2Pac, showing that while he had a rough exterior to use in his favor, he had also had immense talent working for him too. His follow-ups, 1999's Bossalinie, 2000's Trapped In Crime and an appearance later that year on the 504 Boys' smash ?Wobble, Wobble? would only broaden his fanbase and cement his place in Southern Rap's hierarchy. C-Murder would go on to follow his brother Master P's entrepreneur footsteps by founding TRU Records and releasing two more albums 2001's C-P-3.com and 2002's Tru Dawgs?with controversy following each one. In 2001 C was indicted on an attempted murder charge for a shooting incident outside of a Baton Rouge nightclub. While out on bond, C-Murder was charged with second-degree murder over a shooting outside of another Louisiana nightclub. Facing two life-altering allegations simultaneously, C's recording career came to a screeching halt. Sentenced to life for the latter charge, C decided to change his name to C-Miller. He went on to sign with Koch Records to put out some of his previously unreleased material but opted to go back to his original name by the time 2005's Truest Shit I Ever Said hit shelves. ?C-Murder is in my heart, I always knew in the back of my head what it was,? says C about his decision. ?It's never crossed my mind to change. Anyone who knows me knows I am who I am. I've been through a lot but I got heart with it too. To let the system take me down, I'll be a failure.? Literally TRU to his word, the system did not take C-Murder down. Only serving a couple years of his life sentence, C's second-degree murder conviction was overturned in favor of a retrial. Wasting no time C-Murder released his 2005 album in the form of The Tru Story: Continued with all new songs and offered fans an even bigger glimmer of hope and change with a guest appearance on Ludacris' Release Therapy album on the song ?Do Your Time? when he rapped alongside fellow ex-con emcees Beanie Sigel and Pimp C. Now, with that chapter of his life and even a novel, Death Around the Corner, behind him, C is looking forward to adding more pages to his storied career. The first entry is his TRU/Asylum Records debut Screamin' 4 Vengeance. ?This album is going to be very personal,? insists C. ?Its gonna be an open book on my trials and tribulations. Current events, things I've been going through, letting the world get it raw.? He pauses to warn, ?Everything ain't gutter about the album though, because at the end of the day its got a message. It ain't about go bang this and that, it's just a raw album about life and what's going on out here. At the end of the day, the end of the beat, you get the message that the streets ain't what's really popping.? Backed by a new team and a new attitude, Screamin' 4 Vengeance is some of C-Murder's best work to date. As a No Limit Soldier C often had to crank out music at an assembly line rate. But now that he's calling his own shots and setting his own schedule, C is putting out a high-quality product of 5-star General caliber. ?My lyrical content and subject matter on a another level,? says C in between mention in his new in-house production team, Deadly Soundz. ?You can hear my confidence now, I can flow on any track now. Earlier in my career, it was easy to do two or three songs a day because I was saying the same things. But this time around its more universal, everything ain't gonna be the same. I had time to really work on this album and perfect it.? The perfection can be heard in the diversity of songs on Screamin' For Vengeance. Tracks like ?My Set? produced by Baton Rouge underground legend C-Loc will remind hardcore C-Murder fans of what made them make each of his first three albums platinum. ?Be Fresh? shows C in rare form actually appreciating the good things in life after a hard day's work. ?Mihita? reunites him with former label mate Mia X while ?Gangstafied Lyrics? has C giving a sermon on street life. ?I'm just trying to bring that 100% street element back to music,? says C. ?You're not gonna hear me talking about driving this whip with 22s or anything like that. You're gonna hear real situations. This is my first studio album in a minute so I have to give it my all.? With Screamin' 4 Vengeance being C-Murder's first studio album in five years the veteran artist has more than enough to say and expose. With everything from rhymes to emotions being bottled up inside, the volatile contents finally get to explode out of the lyricist's pen and into your ears. Sure to please both old and new fans alike, Screamin' 4 Vengeance will reintroduce and reestablish C-Murder and his unique brand of music. ?I'm the same C-Murder that you expected and saw on my first albums,? he urges. ?It's just C-Murder with open eyes that wants to give you a message and let you know the consequences of your choices.?

The Truest Shit I Ever Said

The Best Of C-Murder