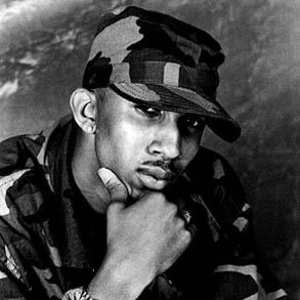 Mac is a rapper from New Orleans' third ward who was one of the most critically acclaimed artists on Master P's No Limit Records. In 2001 he was convicted of manslaughter charges even though he maintains his claim of innocence. He is currently serving a 30 year prison term. He released his first album under the name Lil' Mac in 1989 at the age of 12, the "Lyrical Midget," receiving production from the then unknown producer Mannie Fresh.

He released his first album under the name Lil' Mac in 1989 at the age of 12, the "Lyrical Midget," receiving production from the then unknown producer Mannie Fresh. Mac would later join the Psychoward, a New Orleans group consisting (at the time) of more than 25 MCs. Psychoward is known (especially in the city) for having a sound that separates itself from the usual Bounce music and gangster/hustler lyrics that typifies most of the New Orleans rap scene, rather focusing on lyricism and a sound which could be described as a New Orleans Wu-Tang Clan. This made them favorites of local "hip hop heads" who often prefer this style to other local acts.

Mac's own debut on No Limit came with Shell Shocked, an album considered by many to be one of No Limit's best. Mac gained a reputation as one of the south's best lyricists. His lyrics display the somber realism and maturity that is a mainstay in much of Southern Rap as well as the lyrical dexterity of his East Coast counterparts. This album also followed the typical No Limit album formula: the deep, introspective tracks mixed in with up-tempo tracks, and a heavy presence of guest features from No Limit labelmates. His next album, World War III, came on the "downslope" of No Limit's fame. It came after Beats By the Pound, No Limit's in-house production team who are often credited with making No Limit the empire it was, left the label over purported money disputes, along with much of No Limit's roster. This may have been a blessing in disguise though, as Mac's lyrical skill was allowed to shine through on production more suited to his style. This album is also more introspective than his previous effort.