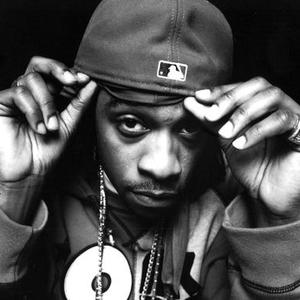 Murphy Lee was born Torhi Murphy Lee Harper on December 18, 1979 , to a single mother in St. Louis, MO. He was raised in the University City neighborhood of St. Louis County, MO. Lee was raised with older brother Kyjuan and their sisters and younger brothers. After first appearing on co-St. Lunatics member Nelly's 1st release Country Grammar in 2000, Lee went on to work with some of the elite in the rap industry including Jermaine Dupri, Lil Wayne and Ying Yang Twins, among others.

Releasing his debut solo album Murphy's Law in 2003, Lee won a Grammy Award for the song "Shake Your Tailfeather" featuring Nelly and Sean "P-Diddy" Combs. The album would eventually go platinum, continuing the record-breaking streak that the St. Lunatics started back in 2001.

In 2006, Lee became the owner of Good For You Cafe, now with two successful locations in the St. Louis metro area. Lee's cafes not only specialize in vegetarian dishes, but also offer a wide variety of meals that everyone can enjoy. Lee has also expanded his business ventures with the advent of his own locally-owned and operated music label UC-ME Entertainment with his brother Kyjuan. Lee has released three independent releases of mix tapes, and has appeared on albums of artists that are currently signed to his label. Some of these include younger brother Futurre's group Da Camp, locally notorious R&B goddess Zee, Potzee and QUOR 03.