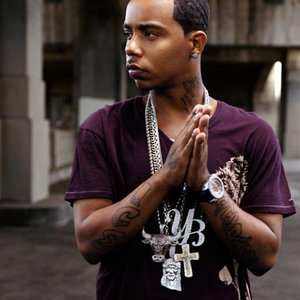 Christian Howard Ward (born September 9, 1985 in Chicago, Illinois), better known by his stage name Yung Berg, and previously Ice Berg, is an American rapper, singer and actor signed to Koch and Epic Records. He signed to DMX's Bloodline Records in 2000, at the age of 15, but he then had to leave the label when his parents sent him to military school. After he finished school he moved to Los Angeles, and in 2006 he released his first official single Sexy Lady, featuring R&B singer Junior. After signing with Epic Records he released his debut album, Look What You Made Me in 2008.

His second album, titled The Love Project, is set to be released sometime in 2010 and the lead single is Baby I'm Back featuring Rihanna.

In 2005, Yung Berg worked as a hypeman and recording assistant for Disturbing tha Peace member and Chicago rapper Shawnna. He also appeared in the music video for singer Kat DeLuna's debut single Whine Up.

Yung Berg is one of the the founders of the Yung Boss imprint and production team Yung Bosses, along with JFK and Rob Holladay. In December 2008, Berg began casting "exceptionally stand out beautiful dark skin/brown skin women to showcase beauty of all races" for a potential dating reality show that he would host. However, as evidenced by the trailer for his new TV Show, titled "Back In Business", it will no longer be a dating show.

Look What You Made Me