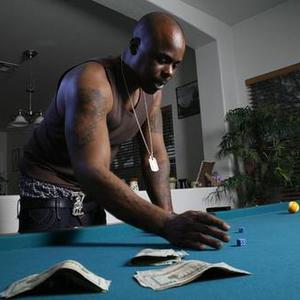 C-Bo, born Shawn "Cowboy" Thomas on 1971 in the Garden Block area of Sacramento, CA, is known for his often controversial and explicitly violent lyrics, in 1997, for example, he was actually put in jail because of things he said on his album "Til' My Casket Drop". Apart from his extensive work as a solo artist he has also worked with a wide variety of known bay-area and cali rappers such as Tupac Shakur, E-40, Yukmouth, Spice 1, Dru Down, Kokane, Daz Dillinger and Brotha Lynch Hung.

C-Bo is also part of the bay-area super group Thug Lordz, along with frequent collaborators Spice 1 and Yukmouth.

Orca: The Killer Whale Of The Hood (Deluxe Version)

Life As A Rider

Enemy Of The State