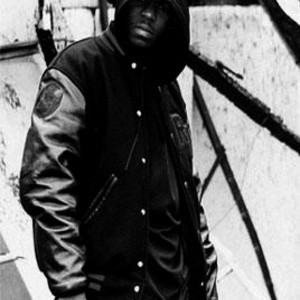 Esham (born Rashaam Smith on September 20, 1973) is a hardcore rapper from Detroit, Michigan. He calls his style of rock-influenced rap "acid rap". He released his first album, Boomin' Words from Hell, in 1990 at the age of 16, and attending Osbourne High School in Detroit. That same year he teamed up with Detroit natives TnT and Mastamind and formed the group Natas, whose controversial debut Life After Death has been blamed for the suicide of a Tennessee youth.

That same year he teamed up with Detroit natives TnT and Mastamind and formed the group Natas, whose controversial debut Life After Death has been blamed for the suicide of a Tennessee youth. After another EP released in 1992 entitled Hellter Skkkelter dropped, Esham's most recognized and most controversial album 1993's KKKill the Fetus hit stores. The cover of this album depicted an unborn fetus and the title track was a song explaining why unfit, drug addicted mothers should chose abortion over birth. Esham followed up with Natas' Blaz4me and another solo Closed Casket. This was all a prelude to another controversial release, Doubelievengod. Tracks such as "Pop Pop", "Sunday School", and "Heaven" set an unprecedented mark for evilness in rap music. Esham later released his final album on RLP, Dead Flowerz. This was a transitional period into Esham's new Gothom label. Bruce Wayne/Gothom City introduced the world to the new age Esham. After this release the head nodding, trunk rattling Multikillionaire was released.

After a 2-year break, E hit the scene with the colorful Mail Dominance CD. This CD had everything from slow jams, retrospectives on lost ones, wickedness, to 50's samples. The next release is what many feel was the critically acclaimed WWW.com. In 2001, Esham released what would become his smoothest album, Tongues. Followed by Natas 6th release Godlike. Esham resume of albums includes 10 full albums, 4 EPs, 3 greatest hits compilations, and 6 releases with Natas. Not to mention working with and producing for Bone Thugs-N-Harmony, Ghetto E, Kool Keith, Insane Clown Posse, and the Dayton Family. From 1989 to 2005, Esham has given fans his heavy doses of Reel Life, Heavy Mental music. Esham truly revolutionized Detroit's rap sound and is a local legend.

Eminem has listed Esham as an influence, as he mentions on his debut album, The Slim Shady LP. Esham's next album, A1 Yola, was released April 19th, 2005 by Psychopathic Records. Included with the album was also a DVD with videos to every song, making Esham the first artist to make a music video for every song on an album. Towards the end of 2005 Esham could no longer be a part of Psychopathic Records. His last concert under the label was at the 5th Annual Gathering of the Juggalos. He contributed to the Soopa Villainz project and later left. The split was on bad terms according to acidrap.com. The reason, also according to acidrap.com, was that Psychopathic Records did not allow him to use the name The Unholy,The Black Devil or the group NATAS. Athough bitterness was expressed by both parties directly after the split, Esham and Psychopathic have since publicly apoligized to one another, and stated that any past grievances are water under the bridge.

On June 6, 2006 (6/6/06) Esham released the Judgement Day box set, Rap's first $100 box set, available only through the Natas website. This set includes Judgement Day Vol.1 and 2, the previously unreleased Judgement Day Vol.3 and 4, a new 6 track Esham EP, and a DVD featuring concert footage from '04. Only 1,000 have been produced.

She Loves Me Not