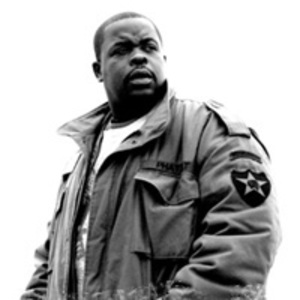 Phat Kat (a.k.a. Ronnie Cash), (b. Ronnie Watts) is a rapper from the east side of Detroit. His career began in the mid 90's as part of 1st Down, which consisted of Phat Kat on vocals and Jay Dee on production. The group was short lived however, possibly because of insufficient support/promotion from their label, Payday, but the two continued to collaborate on many occasions afterwards, starting with an appearance on "Fat Cat Song" and it's remix, from Slum Village's Fan-Tas-Tic (Vol. 1). He also appeared on Jay Dee's Welcome 2 Detroit on the song "Featuring Phat Kat".

His first full-length album, The Undeniable was released on June 22, 2004, on Barak Records. It featured appearances from Slum Village, Dwele, Big Tone of 87 Wasted Youth, and Obie Trice.

His latest LP, Carte Blanche will be released on April 24th on Look Records.