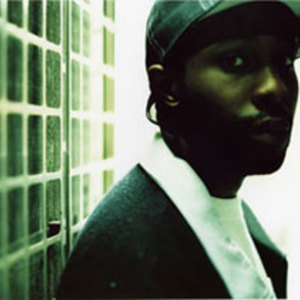 He has just released a 2 cd project called "Science Team..Go!!" for free download on his site. He is finishing up the "The Last Emperor & Wizards Wardrobe" album. Check thelastemp.com for details on everything. Known globally as one of the finest lyricists, the Last Emperor thrusted his way onto the scene in the late nineties. He honed his skills on the ?open mic" circuit including the legendary Lyricist Lounge showcase.

Known globally as one of the finest lyricists, the Last Emperor thrusted his way onto the scene in the late nineties. He honed his skills on the ?open mic" circuit including the legendary Lyricist Lounge showcase. His eminent stage presence and hypnotizing live show stood out amongst his fellow peers, ultimately landing him on the" C.I.A (Criminals in Action)" record with KRS-One and Zack De La Roche (of the former Grammy winning band Rage Against the Machines) for Rawkus Records "Lyricist Lounge Volume 1" project.

Staying busy, the Last Emperor released several singles to a loyal fan following who hung on to his every word. During this period, Last Emperor began to gain the respect of top notch producers like Prince Paul (De La Soul, Stetsasonic, & Gravediggaz), DJ Muggz (Cypress Hill & Soul Assassins), & Diamond D (D.I.T.C) - all of which he would come to recorded with. As a result, fans of hip-hop music were introduced to classics like "Secret Wars", "Monumental", "Animalistics", "Charlie", "Meditations", and "Do u Remember".

As his star began to shine brighter, Emp gained notice outside of the tri-state area and obtained his first deal, on a major label nonetheless, with Dr. Dre's (N.W.A & Death Row Records) Aftermath Entertainment/Interscope. Becoming a prot?g? of Dr. Dre., and recording an album for his Aftermath debut, the Last Emperor waited over 2 years for a release date that never materialized. After asking to be let go, the Last Emperor soon found himself in a bidding war that landed him on Rawkus Records. Being label mates with BlackStar (Mos Def & Talib Kweli), Pharaoh Monch (Organized Konfusion), Shabaam Saadiq & Company Flow, many considered the Rawkus Records situation to be a perfect fit for Emp's quick witted delivery and vivid story telling ability.

Now signed to Rawkus, the Last Emperor released a few singles including "the Umph" with Smif-n-Wesson (Boot Camp Clik) as the lead-up to his debut full length release. After being signed to Rawkus for about 6 months, unsuspectingly, the label closed its doors and stopped releasing any music. As a free agent again, the Last Emperor formed his own label, Red Planet Music, and inked a distribution deal with Raptivism Records. He released his debut full length "Music, Magic, Myth" on Red Planet Music and hasn't looked back since.

Since "Music, Magic, Myth", Emp put out a mixtape called "Hidden Treasures". He has also released a vinyl only 12? single called ?Black Apache/Gangsta Groove? and is currently preparing a free download title "Science Team.....GO!" All this music leads up to his next full length album scheduled to release this year on Red Planet Music tentatively titled; ?Last Emperor: and the Wizards Wardrobe?.

The Last Emperor remains a relevant necessity in Hip-Hop music. His consciousness and love for the culture can only better an industry plagued by mediocrity and normalcy. Fortunately for all, the wait is over. Get ready world because this is the year of the Last Emperor.

The Legend Of Bigfoot