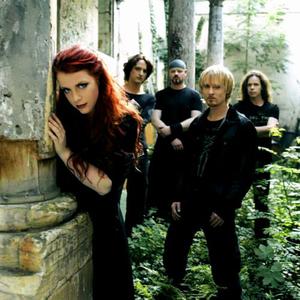 Xandria is a German symphonic metal band that formed in Bielefeld, Germany, in 1994. According to the band, Xandria unifies modern rock with mystic soundscapes into a soundtrack of a different, really characteristic world. In Xandria's world, everyone is allowed to be as vulnerable as strong, to show feelings and to live all beautiful dreams which seem forbidden in the cold reality. "We want to give our audience courage - on their way back to everyday-life - to manage to also there stand for their feelings and to be strong enough to get through all pains and obstacles."

1994 - 1997
A predecessor of the band was formed by Marco Heubaum (guitars, keyboards), drawing inspiration from Bands like Tiamat and Paradise Lost. This band was already named Xandria, but due to musical dissension between the members, they parted ways in 1997.

1999 - 2009
In 1999 Marco Heubaum started Xandria again with new musicians. A demo was recorded in 2000, and they presented the five songs on the internet. After great success on different MP3 portals, they released their first album Kill the Sun in 2003, which reached #98 on the German music charts. The sophomore Ravenheart (2004), stayed on the charts for 7 weeks, reaching #36. In 2005 they released their third album India, which is more oriented to the symphonic metal. Their fourth album Salom&eacute; - The Seventh Veil, released in 2007, was a step away from the bombastic sound of the two predecessors and at least in Germany not such a big success as "Ravenheart" or "India".

2009
As of April 30th, 2008 the band announced that Lisa left the band due to personal reasons and that the band is searching for a new singer. On February 8th, 2009 an announcement on their website introduced the new singer, 28-year old Kerstin Bischof, but on February 18th 2010 the band announced that Kerstin will no longer be the bands vocalist because she decided to pursue her career outside the music business.

2010
In December 2010 it was announced on Xandrias web site that Manuela Kraller will be the new singer for the band.
The new album "Neverworld?s End" is announced for release on February 24th 2012 (Europe) / March 6th 2012 (USA)

Now & Forever (The Best Of)