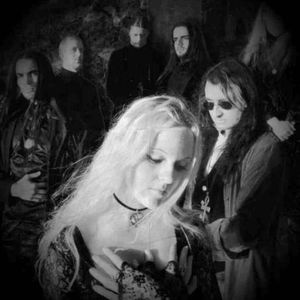 Theatre of Tragedy was a gothic metal/death doom metal/industrial rock band, originally assembled in 1993 in Stavanger, Norway by Hein Frode Hansen, Raymond Istv?n Rohonyi and Lorentz Aspen, together with Tommy Lindal, P?l Bjastad, and Liv Kristine. Their earlier albums have provided a great deal of influence to the gothic metal genre. The band was one of the first ones who made use of contrasting vocals - male bass vocals and death growls and female soprano singing.

Their earlier albums have provided a great deal of influence to the gothic metal genre. The band was one of the first ones who made use of contrasting vocals - male bass vocals and death growls and female soprano singing.

Starting from the album Musique, however, the band made drastic changes to their style, which became significantly inspired by electro-rock and electro-pop, abandoning Early Modern English lyrics writing, heavier guitar riffing and death growls in the process. This style change was consequently continued on the following album, Assembly.

After a long break and after changing the female vocalist due to musical differences, and furthermore their management and the record label, Theatre of Tragedy released their new album Storm, the first one with their new singer, Nell Sigland (from The Crest).
On this album, the electronic influences are reduced again in favour of simplicity and naturalism. According to Hein Frode Hansen, Storm is to be seen as the missing link between A&eacute;gis and Musique.

The new album Forever Is The World, reverts back to the gothic metal roots, but keeps the atmospheric metal styling of Storm. The band said the album was very much written by Nell as well as other band members, moreover it was partially written before Storm was. It is seen to be more organic than their last 3 albums and has been both praised and criticised by fans, though most publications seem to praise it from being different to the symphonic metal that is very much popularised in today's music industry.

The band split on October 2nd, 2010, exactly 17 years after forming. The final curtain show was played in Stavanger, Norway and was recorded live for a later DVD release.

Forever Is The World