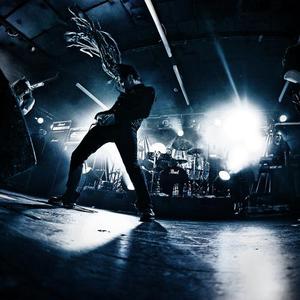 Amorphis is a Finnish progressive metal, and formerly Death/Doom band started by Jan Rechberger, Tomi Koivusaari and Esa Holopainen in Helsinki, Finland in 1990. Amorphis absorbed and incorporated influences from many metal genres, and with time passing their sound evolved dramatically. Initially, the band was a death metal act, but with time they have evolved into making music that is more classifiable as doom metal with folk influences, and, more recently, progressive metal and hard rock, utilizing increasingly complex arrangements and a less brutal sound.

Amorphis is also well known for their use of the Finnish national epic, the Kalevala, as a source for their lyrics.

In 1989 Jan Rechberger and Esa Holopainen played in a speed metal band Violent Solution, which Tomi Koivusaari had left the previous year to form the death metal band Abhorrence. Violent Solution slowly withered away as the musicians became interested in other things and styles of music. At this point, Jan Rechberger and Esa Holopainen had the idea of putting together a death metal band. In early 1990, Tomi Koivusaari was asked to be the vocalist and Oppu Laine to be their bassist.

During that time the band asked Tomi to pick up the slot of rhythm guitarist as well as singing, which led to the band dumping all original compositions and starting again. With the band starting to move along, Tomi's other band (Abhorrence) split up and he found himself with much more time to put into Amorphis. The band went into gear and started churning out new brutal music.

Shortly after the band had recorded their first studio demo tape, Tomi got a letter from Relapse Records offering Abhorrence a recording contract. Since Abhorrence was no longer active, they quickly sent their own demo in the return mail and eventually got signed to a recording deal. The deal would later almost destroy the band, due a very long commitment and poor artist relations. They quickly released a death metal classic Karelian Isthmus and would later release the original demo as the Privilege Of Evil EP. The EP featured Abhorrence's original vocalist, Jukka Kolehmainen, as a vocalist on the Abhorrence cover song Vulgar Necrolatry.

The band quickly adopted new ways of making music and started incorporating different styles in with the original death metal aspect, creating a very unique and complex soundscape. Their musical growth has not stopped and the band consistently strives to excel in the creativity and unique soundscapes which has always been the band's backbone.

Eclipse, is the result of this uncompromising attitude and while the band sheds their musical skin, the fans can rest assured that the direction of the music is still in the same distant horizon as it was when they went in to studio to records Tales from the Thousand Lakes.

Amorphis' eighth release was Silent Waters, which was released in 2007 and continued in similiar vein with Eclipse. Again based on Kalevala, the album tells the story of Lemmink?inen.

Skyforger was released in May 27 2009, and it contains 10 songs. The digipack version has one bonus song; Godlike Machine.

Forging The Land Of Thousand Lakes was released in July 2010. It is available as a 2 DVD & 2 CD package (2 digipacks in a box) or as a 2 DVD set. DVD 1, and the CDs, contain a live concert in Oulu (Finland) in 2009. The second DVD contains a shorter set from Summer Breeze Open Air 2009, a 60 minute documentary and all (most?) Amorphis videos plus a photo gallery.

Magic & Mayhem ? Tales From The Early Years was released in September 2010. It contains 12 tracks from the first three albums plus a bonus track Light My Fire. They have all been re-recorded with the current line up. Some arrangements have changed - essentially they are the songs as they have evolved through many concert tours, recorded in a studio environment.

In May 2011, The Beginning Of Times was released and went straight to number 1 in the Finnish album charts and number 16 in the German charts.

An Evening With Friends At Huvila

The Beginning Of Times