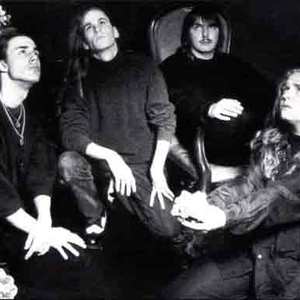 Pyogenesis is a Punk/Pop/Alternative-rock band from Hamburg, Germany. They started off as a Death Metal band in Stuttgart when they released their first demo "Ode to the churning seas of Nar-Mataru" in 1991. After releasing two EPs "Rise of the unholy" and "Sacrificious profanity" their first selftitled mini-album was released in 1992 on Osmose Records. On this album, which is commonly known as "Ignis creatio" (named after the last track of the album), Pyogenesis combines their Death Metal roots with Doom and Gothic influences.

The combination of Tim Eiermann's deep voice and growls and Flo V. Schwarz' clean vocals became a trademark of Pyogenesis until the album "Mono...".
Their next EP "Waves of erotasia" was released on Nuclear Blast Records in 1994 and continued the developing to a more melodic and Gothic Death Metal. On the album "Sweet x-rated nothings", an underground success, melodies became more and more important to the song structure and brought the band their first hit "Fade away". The subsequent "Twinaleblood" from 1995 mixed the bands Death Metal background with Punk and Alternative-Rock influences. In 1996 Pyogenesis' fourth release on Nuclear Blast "Love nation sugarhead ep" started the new aera of the band. The sound changed to Alternative-Rock with heavy influences of Punk and Pop which also dominated the sound of the album "Unpop" from 1997.
After the release of "Mono...or will it ever be the way it used to be" in 1999, vocalist/guitarist Tim Eiermann and drummer Wolle Maier left the band to focus on the one-hit wonder "Liquido" which had given them the hit "Narcotic". With Flo V. Schwarz as the only founding band member left Pyogenesis released with "P...or different songs in different sounds" in 2000 their last album on Nuclear Blast Records. "P" is a best of-album containing old songs of the band which were re-recorded and rearranged and two previously unreleased tracks.
With their latest releases on Flo V. Schwarz' label Hamburg Records, the EP "I feel sexy everyday" and the album "She makes me wish I had a gun" in 2002, the band continued their musical development to a more Punk-Rock influenced sound.
Since bandleader and songwriter Flo V. Schwarz has recently concentrated on his label and on managing and producing other bands like ZSK or Montreal, Pyogenesis are currently not planning on releasing a new album.

A Kingdom To Disappear

A Century In The Curse Of Time

She Makes Me Wish I Had A Gun

Mono... Or Will It Ever Be The Way It Used To Be