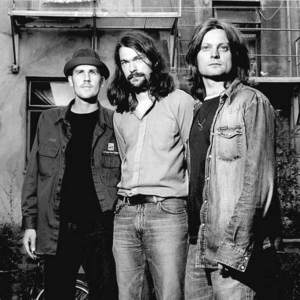 Motorpsycho is a band from Trondheim in Norway, formed in 1989. Their music can generally be defined as psychedelic rock, but they also mix in elements from metal, jazz, rock, noise, pop and many other musical styles. The members of the band are Bent S&aelig;ther (bass/vocals) and Hans Magnus Ryan (guitar/vocals). H&aring;kon Gebhardt (drums) left the band in March 2005 to concentrate on solo projects (as Gebhardt) and his other band HGH.

Their new double-CD "Black Hole / Blank Canvas" was released 17th/20th march 2006 in Europe. The album has been getting generally positive reviews, proving the skills of the arguably most innovative Norwegian band of the last decade. Bent S?ther plays drums on this record, except on the track "You Loose", which is played by Jacco van Rooij who also played drums for the band on a short tour in spring 2006.

In activity since 1990, Motorpsycho have released 10 full length albums, as well as a number of EPs, a couple of live albums, and some side-project releases. Over the years, they moved from their initial mixture of metal, grunge and hardcore music, playing almost any kind of musical genre: indie, pop, psych rock, lo-fi, stoner, avantgarde, classic hard rock, acoustic, fusion, jazz rock and country rock as part of the The International Tussler Society.

2008 saw the release of the album, "Little Lucid Moments", containing 4 songs lasting between 11-21 minutes. The release was followed by a European tour in April and May 2008.

Early 2009, Motorpsycho recorded the Patrik Fitzgerald cover Punch with Jello Biafra from Dead Kennedys on vocals. Jello Biafra have, according to Norwegian broadcaster NRK been a fan of Motorpsycho for 16-17 years.

In autumn 2009 they released a vinyl-only record, Child Of The Future and in january 2010 they released Heavy Metal Fruit, their first album with an outside producer.

The All Is One

A Boxful Of Demons CD2

A Boxful Of Demons CD1

Roadwork Vol 3: The Four Norsemen Of The Apocalypse

Begynnelser (Music From An Imagined Play)