The Soundtrack Of Our Lives 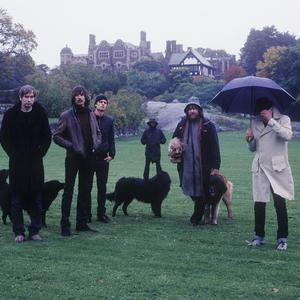 The band had three very successful records in Sweden before their critically acclaimed breakthrough US release in 2001, Behind The Music, which was nominated for the Best Alternative Album award at the 2003 Grammy Awards.

Led by singer Ebbot Lundberg, they are a combination of sixties rock giants like The Who and The Doors and seventies psychedelic bands like Pink Floyd. Their music is epic, bombastic and energetic.

Known for their marathon live shows and crazy on-stage antics, Q magazine named them as one of the "50 Bands To See Before You Die" in September of 2002.

World Wrestling Entertainment (WWE) used their song Big Time as one of Wrestlemania 21's theme songs in 2005. "Big Time", along with Mother One Track Mind, was featured on the Gran Turismo 4 soundtrack.

They toured the US in 2005 with friends Oasis in support of their album Origin Vol. 1.

Their latest album Communion was released in November 2008.

Throw It To The Universe

A Present From The Past CD2

A Present From The Past CD1

Welcome To The Infant Freebase