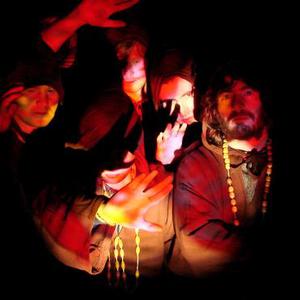 Hailing from inside the valleys surrounded by the majestic mountains of South Wales, five piece multi-instrumental group, El Goodo consists of the talents of Pixy, Jason, Lewie, Matty and Elliott. They were first noticed by the Super Furry Animals who, in 2005 picked up their first self-titled album and released it under their Placid Casual label and subsequently were their tour's opening act, introducing El Goodo as a band worthy of critical and mass appeal. They have received accolades from both their home isle and the United States, touted as Artist of the Month by Spin Magazine in 2005.

Besides touring nationally around the UK with Super Furry Animals, El Goodo has graced the stage with heavy-weights such as The Zombies, Dead Meadow, Preston School of Industry, Beulah, Essex Green and The Keys just to name a few, solidifying their rise as psychedelic champions.