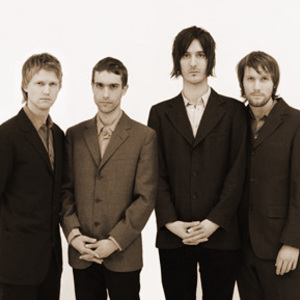 Pulling their influences from classic rock, Britpop, psychedelia, and indie rock, Sweden's Thirdimension received raves in their home country's press when they released their debut, Protect Us From What We Want, in 1998 on Warner Music Sweden. Not much of an impact was made outside of their homeland until a couple of Swedish students attending the University of Illinois brought a CDR to the Parasol record label/distribution company.

The two, Hanna and Michael, were hired as interns and Parasol set out to sign this new band they had fallen in love with. They licensed and released the record in 2002 on their Hidden Agenda imprint and even got Warner Music Sweden to print up a batch on vinyl, just for the States. Thirdimension's sophomore release, Permanent Holiday, appeared in 2004.

Before The End Begins