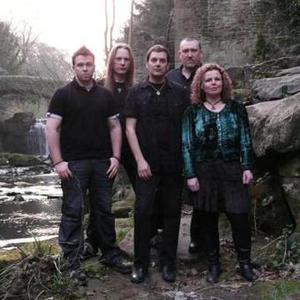 Skyclad is a British heavy metal band with strong folk influences in their music. They were formed by former Sabbat vocalist Martin Walkyier, and Satan / Blind Fury / Pariah guitarist Steve Ramsey in 1990 to represent the "ultimate pagan metal band". From the start, they have incorporated a diverse range of influences from British folk music to German thrash metal which has fed their constantly evolving sound. They are widely considered the inventors of folk metal.

From the start, they have incorporated a diverse range of influences from British folk music to German thrash metal which has fed their constantly evolving sound. They are widely considered the inventors of folk metal.

The lineup remained stable for the recording of 2000's Folk?mon, but founding member Walkyier left the band in 2001, citing various reasons, such as financial difficulties or the bands unwillingness to tour in South America owing to security concerns as the final straw, though other band members have commented that his somewhat pessimist personality was one of the major contributing factors to the groups lineup instability. Walkyier went on to form The Clan Destined. For many fans, Walkyiers lyrics and delivery style were one of the bands central attractions, and there were fears that his departure spelled the end of the band. After replacing drummer Jay Graham (who left shortly after Walkyier) and moving Kevin Ridley onto vocals, the group sprang into action to remedy these fears with 2002's No Daylights...Nor Heel Taps which featured studio recordings of "Irish Pub versions" of Skyclad classics by the new line-up, proceeded by a single, 2001's "Swords of a Thousand Men". The single's title track, a cover tune (originally recorded by Tenpole Tudor), also appeared on Folk?mon as a bonus track, although in a different version. The single featured two recordings of the track, one of them with Ridley on vocals and one with Ridley sharing the microphone with Ten Pole Tudor's vocalist Edward Tudor-Pole. The single/album release was accompanied by the 'The Same...But Different' tour, the largest Skyclad had undertaken for many years. Also in 2001 the band released Another Fine Mess, which featured live recordings from 1995 and the contents of the Outrageous Fourtunes EP.

2004's A Semblance of Normality marks the bands first new material from the post-Walkyier era (there had been some unpleasantness between Walkyier and the other band members over copyrights and royalties for his lyrics, as well as the release of tracks featuring him), keeps very much in the vein of previous releases, with Ridley's lyrics making an obvious effort to follow similar themes and styles to Walkyiers whilst retaining an individual identity. The album has probably been the most widely received of their releases, probably due to better distribution and word-of-mouth advertising, and has received much critical acclaim, especially in the English-speaking world, where, ironically (given the use of inventive wordplay in their titles and lyrics, much of it aimed at native English speakers), the band is almost unknown. However, in South America and mainland Europe they have been extremely popular for many years, especially in Germany and Greece.

Four songs from the band's latest releases are available for both streaming and download at the Skyclad page at MySpace.

Forward Into The Past

In The... All Together

A Semblance Of Normality