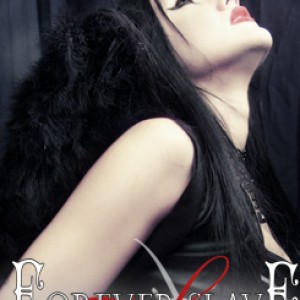 Forever Slave is a Spanish Symphonic Gothic metal band that was founded in 2000 by Sergio and Lady Angellyca. Soon after the band got in contact with others musicians and Forever Slave had been born. Hate, their first mini demo (2000) and Schwarzer Engel (2001) were determining its special music style. In December 2003 Forever Slave started to record Resurrection, a dark opera about Elizabeth Bathory's life. In this year the band participated in some festivals.

In December 2003 Forever Slave started to record Resurrection, a dark opera about Elizabeth Bathory's life.
In this year the band participated in some festivals.

In Spring 2005, FOREVER SLAVE signed an international deal with Armageddon Music (Germany). The band recordered their debut album ( Alice's Inferno ) between May and June 2005, which it was produced by Lars Ratz. This album became top 9 in metal French Underclass sales, top 27 in Tipo's Sales (Spain) and it was album of the Month in Metal Hammer (Spain)

Forever Slave recorded their second album in May-August 2007. The title of this album is Tales of Bad Girls and it was released in April 2008 in Europe by Wacken Records/SPV. The promotion of this album was supported with an European tour with Kamelot and Firewind.

In October of 2009, Sergio and Lady Angellyca start composing new songs. This new album will be released in 2011. Lady Darkness (ex-Keyboard player and backing vocals of Forever Slave between 2001 and 2002) collaborates with some lyrics.

After some months working together the band announce the new line-up. Sento (Drums) and Azrhael (bass) have played in bands of extreme metal and their influences give a powerful touch to the new and old songs of Forever Slave.