We Are The Fallen 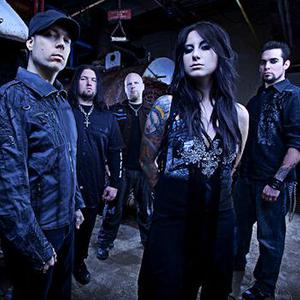 We Are the Fallen is a rock band that was formed in 2009 in the United States . It consists of former American Idol contestant Carly Smithson on vocals, Marty O'Brien on bass, former Evanescence members Ben Moody and John LeCompt on guitar, as well as Rocky Gray on drums. In several interviews, the band revealed that the band's name was created by singer songwriter Hana Pestle, Moody's girlfriend and friend of the band, in reference to the band member's musical pasts.

Marty O'Brien has been quoted as saying, "I feel that each member was brought into this band because of past situations that either fell apart, disbanded, or musical projects we had going on that didn't work out the way we had hoped. I feel like we are somewhat of a band of misfits coming together to create something special that we could not have created individually."

Along with the announcement of their formation in mid-2009, We Are the Fallen released their d?but single "Bury Me Alive" as a free download to the first 100 000 people to register on their official website - www.wearethefallen.com. In February 2010, a newly mastered radio edit of the song was released for download on iTunes, as well as a full-length version with an orchestral outro.

On December 12 2009 the band announced that they had completed recording their album, "Tear The World Down." The expected release date is May 11 2010. A new song -Without You - was made available for streaming on the band's official website.

We Are The Fallen's d?but show took place on March 23 in London. They followed this with a 30 show tour with HIM which kicked off in Philadelphia on March 26 2010. The band are also scheduled to appear at three of the biggest European music festivals in the summer of 2010: Rock AM Ring, Rock Im Park and Download

Tear The World Down