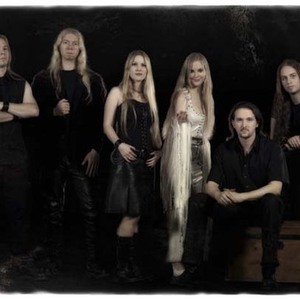 Their sound is essentialy symphonic metal, with some folk influences in the melodies. Their lyrics are largely based on Norwegian folk tales. Their first full-length album, "Where Twilight Dwells", was released in 2005; their second album, "Nordlys", was released on March 28, 2008.

Midnattsol means "midnight sun" in Norwegian. Although their sound can be classified as symphonic metal, the band prefers to call their style "nordic folk metal" because of the folk elements in their music and occasional Norwegian lyrics.