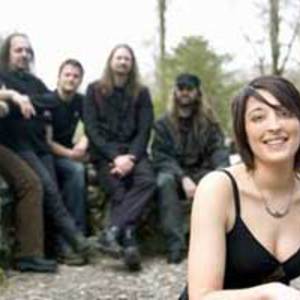 The foundations were placed by Alex Seiberl and Sandro D'Incau but couldn't find a lead singer for the band. After a long search for a lead singer, the band found Andrea in 2001. She became the lead vocalist and their debut album, "Atlantis", was released later in the same year.

"Atlantis" was very successful and Lunatica were booked for many concerts and festivals. Playing at Metaldayz festival (the biggest metal open air festival in Switzerland), Lunatica was elected "best newcomer band" and gained a lot of new fans.

For the second album, "Fables & Dreams", the band worked together with successful producer Sascha Paeth, known for productions of Rhapsody, Kamelot, Angra, After Forever, Edguy, and Heavens Gate. Sascha Paeth created the powerful production Lunatica desired. The songs were developed better and the band had more time to compose and arrange them.

"Fables & Dreams" was released on February 16, 2004 in Switzerland and climbed directly to place 13 of the Swiss Internet Charts. This continued to be a success over that year.

Lunatica released their third studio album, "The Edge of Infinity", in August 2006.

A new album has been recorded and is set to release in early 2009.

The Edge Of Infinity