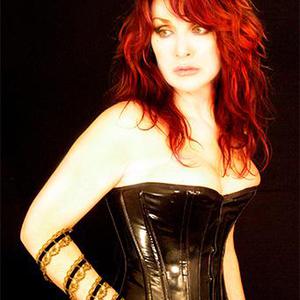 The Dreamside is a rock band formed in the Netherlands in 1994. Their music is most often described as ethereal Goth rock, tending to the faery end of the spectrum, although there are also elements of shoegazer, trip-hop and industrial in early music. They have been compared to everyone from This Mortal Coil and Tori Amos to The Gathering and Nightwish. The band was formed by Italian-Dutch singer Kemi Vita and bass guitarist Roman Schoensee, who have remained the band's core songwriters.

The band was formed by Italian-Dutch singer Kemi Vita and bass guitarist Roman Schoensee, who have remained the band's core songwriters. They recorded Pale Blue Lights, the band's debut album, pretty much solo with assistance from various musicians; it was released in 1994 to excellent reviews. To tour the album Vita recruited guitarist Fried Bruggink, who became another core member of the band.

The Dreamside's next release, Nuda Veritas (1995), consisted of several dance/techno remixes of songs from their debut album.

In 1996 they released their second album, Apaika, a glossier, more ethereal album than the first. Again reviews were excellent, and the Dreamside steadily became more popular in Europe. They also toured the USA for the first time, although to a tepid response, as the American Goth scene had shifted attention to harder-edged styles.

The band took an extended break, returning in 2001 with Mirror Moon, a harder, more metallic album. The group, and particularly Vita, changed looks, abandoning their Victorian-style dress for corsets, rubber and fetish gear. The following year the band returned to the USA, releasing Faery Child, a "best of" compilation. A breakthrough remained elusive, however.